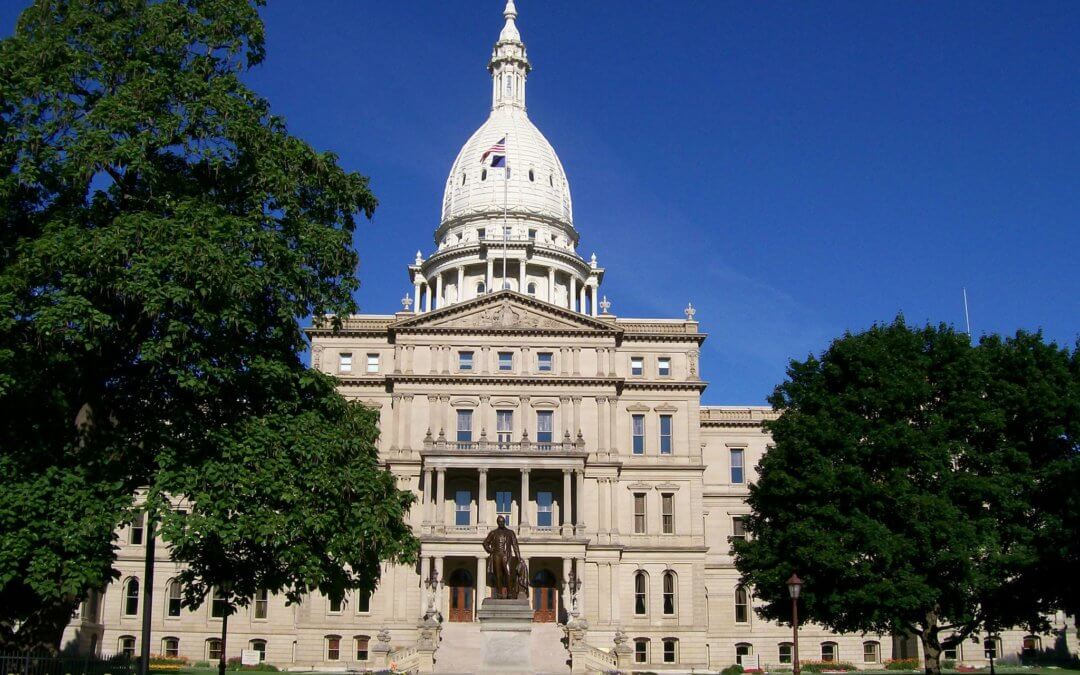 Happy New Year!  In addition to the beginning of a new calendar year, January 1, 2021 also ushered in a new session of the Michigan legislature. As you may know, the Michigan legislature operates in two-year sessions, and the 2019-2020 session ended on December 31, 2020. Any bills that hadn’t passed and been signed into law by the end of the session died. If a bill’s proponents are still interested in passing the bill into law, it would have to be reintroduced as a new bill and start the process over again in the 2021-2022 session.

Unfortunately, the 2019-2020 session was a tough one for animal welfare legislation. Michigan’s government was challenged by an unprecedented number of high-priority issues, many of which persist. While several worthy pieces of animal welfare legislation were introduced, none of them passed. Although the outcome is disappointing, the work that went into last session’s bills will not be wasted if advocates persevere and work to reintroduce them.

Reintroducing last session’s legislative priorities is Michigan Humane’s plan for the new legislative session. We know that it typically takes more than one session to get an animal welfare bill across the finish line, and we also know that even when a bill doesn’t pass the first time it’s introduced, the time spent in discussions on the bill to make refinements, educate potential supporters about the issues and the bill, and raise awareness allow us to hit the ground running when the bill is reintroduced.

An effective bond-or-forfeit statute prevents animal victims of cruelty and neglect from being victimized again by a criminal justice system that would require them to be held as living evidence while their abuser is prosecuted, which can take months or years. A bond-or-forfeit provision requires the defendant, if he or she is also the animals’ owner, to either surrender the animals to the seizing agency or pay for the animals’ costs of care by posting a bond while the criminal case is ongoing. An effective bond-or-forfeit provision also protects the defendant/owner’s due process rights. By ensuring that the seizing agency either gets legal custody of the animals and can make appropriate disposition decisions for them or receives funds to pay for the animals’ care, the agency is protected from what can be an overwhelming number of animals in care resulting in a huge drain on resources and a disincentive to investigate large-scale cruelty cases.

A quick internet search demonstrates that large-scale cruelty cases can be found in every part of the state, from the north, south, east and west. Michigan needs state-wide legislation that will provide an effective bond-or-forfeit process in cruelty and neglect cases. A working bond-or-forfeit process protects animal victims from being held in limbo as living property as evidence of a crime or, if their owner posts a cost of care bond, allows holding agencies to afford to investigate these cases and care for the victims.

We will provide updates and information about opportunities to support these bills as they are introduced and make their way through the legislative process. Please help us raise awareness and enlist the support of other animal lovers by sharing this blog and encouraging others to join our Legislative Action Network.