Does Michigan Make the Grade Part 2 – The Importance of Enforcement 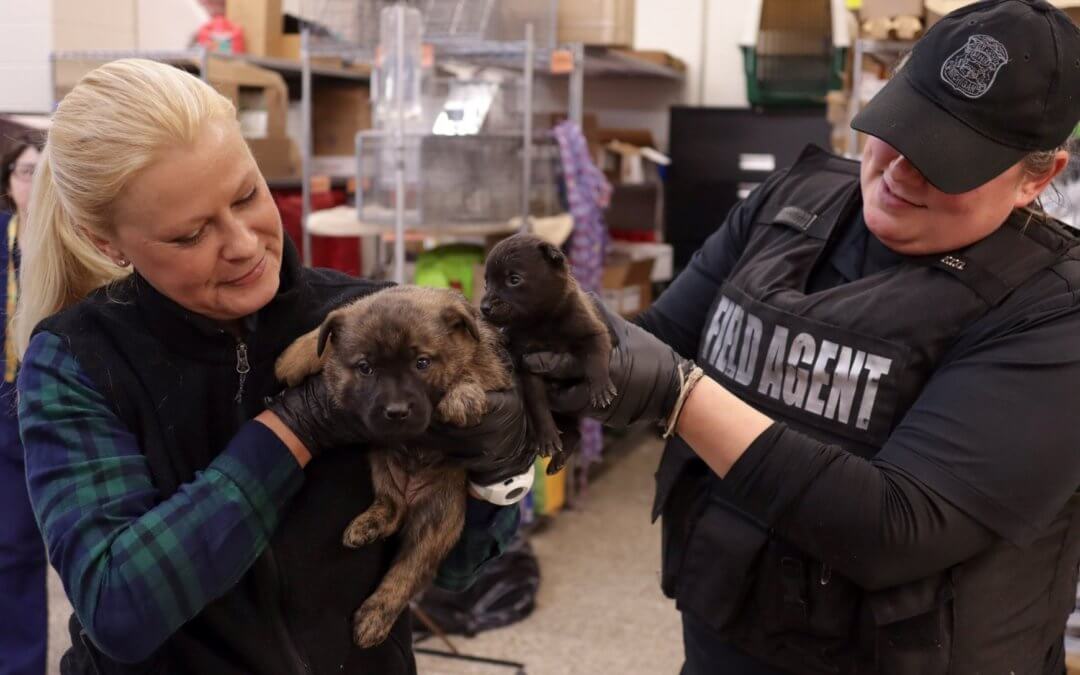 Regardless of a state’s ALDF ranking, there is always more legislative work to be done to protect animals. In addition, the value of a particular ranking system to its audience depends on whether that ranking system is based on the criteria the audience values. The ALDF ranking is based on its assessment of a state’s legislative strengths and weaknesses. ALDF explicitly states that enforcement is not a consideration, but of course, a statute without effective enforcement is meaningless.

Enforcement is a fair place for ALDF to draw the line, however, because it would be very difficult to devise uniform metrics for measuring enforcement and then gather the information necessary to apply those metrics to all animal welfare legislation in every state. And there are some things, like the passion for animal and human welfare and community wellbeing, that drive enforcement and can’t be measured. The dedication and work ethic of Michigan’s cruelty and rescue team is a good example. But as one way to measure enforcement here in Michigan, we can consider sentencing for defendants convicted of violating Michigan’s anticruelty statute (MCL § 750.50b).

The statute provides the maximum penalties that can be imposed upon conviction. Amendments to the statute in 2018 created first-, second-, and third-degree animal cruelty felonies. First-degree animal cruelty carries a maximum sentence of ten years, second degree carries a potential seven-year sentence, and third degree carries a possible four-year sentence. To qualify for first- or second-degree status, the crime must have been committed against a companion animal among other factors. While these are significant sentences, typically, the sentence given is nowhere near the maximum.

An example of a departure from sentencing guidelines came in 2019 in the case of the murder of Sterling, a two-year-old pit bull type dog, who was adopted from Michigan Humane under false pretenses and given to defendant Alexander Gerth.  Gerth, 23, had tried to adopt Sterling, but his application was denied because of his living arrangements. He abused Sterling and ultimately stabbed him three times, leaving him to die in a public park. Gerth was charged with violating Michigan’s anticruelty statute. He had a criminal history, but even so, the guidelines would have yielded a sentence of two to twenty-one months.

The Macomb County Circuit Court judge deviated from the guidelines and sentenced Gerth to three to six years and prohibited him from ever owning another dog. He said that he could not adhere to the guidelines in good conscience and referred to Gerth’s “unbelievable cruelty.” While Gerth had pled no contest to the charges, he requested and was appointed an appellate attorney, presumably to appeal the sentence. But as of June 17, 2021, there is no record of an appeal with the Michigan Court of Appeals.

We are going to keep working to improve animal welfare and serving as a voice for the animals through advocacy. Together, we can continue to make a difference in animals’ lives. If you know someone who you think would be interested in this information, please share and encourage them to sign up for our Legislative Action Network.