Does Michigan Make the Grade in the Latest Animal Legal Defense Fund Rankings? 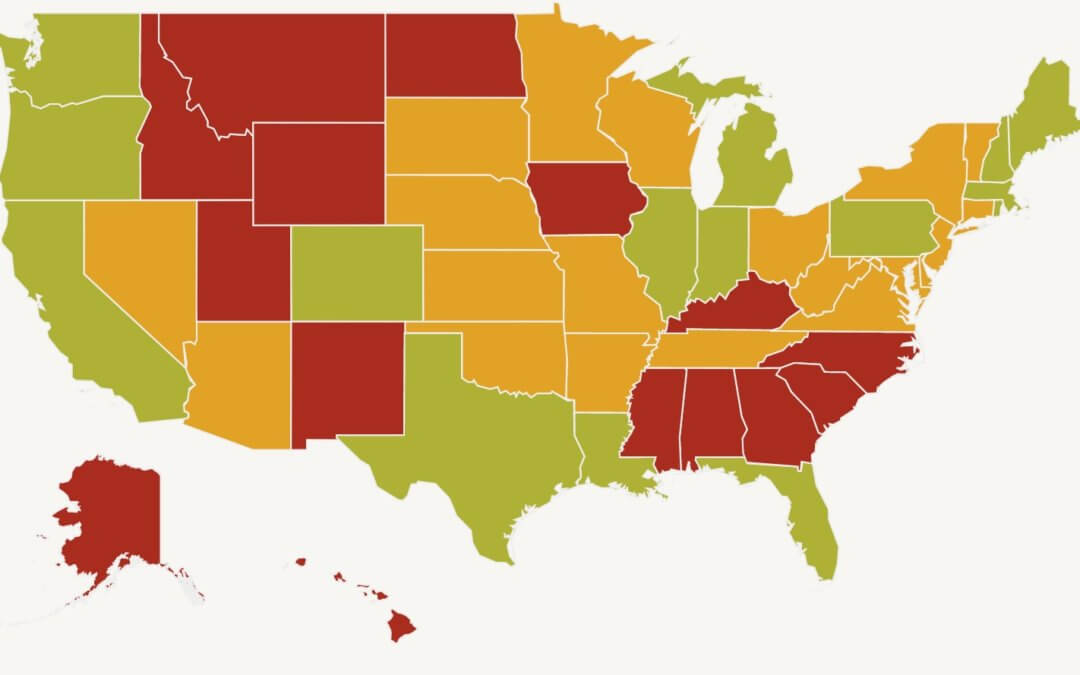 We are all very familiar with ranking systems – there are rankings for cars, appliances, vacation destinations, athletes, and educational programs, just to name a few. But what does a particular ranking really mean? Every ranking was created by one or more people who had a specific set of criteria against which any person, place, or thing on the list was judged.  The rank given to each item on the list either improves or depreciates the other items’ places on the list. To determine the value of a ranking for your own purposes, you need to understand how the ranking was conceived and applied.

There is even a system that ranks states’ animal protection laws. The ranking is produced annually by the Animal Legal Defense Fund (ALDF), a national nonprofit that uses the legal system to protect animals and improve animal welfare. Here is a graphic showing the 2020 ranking results: 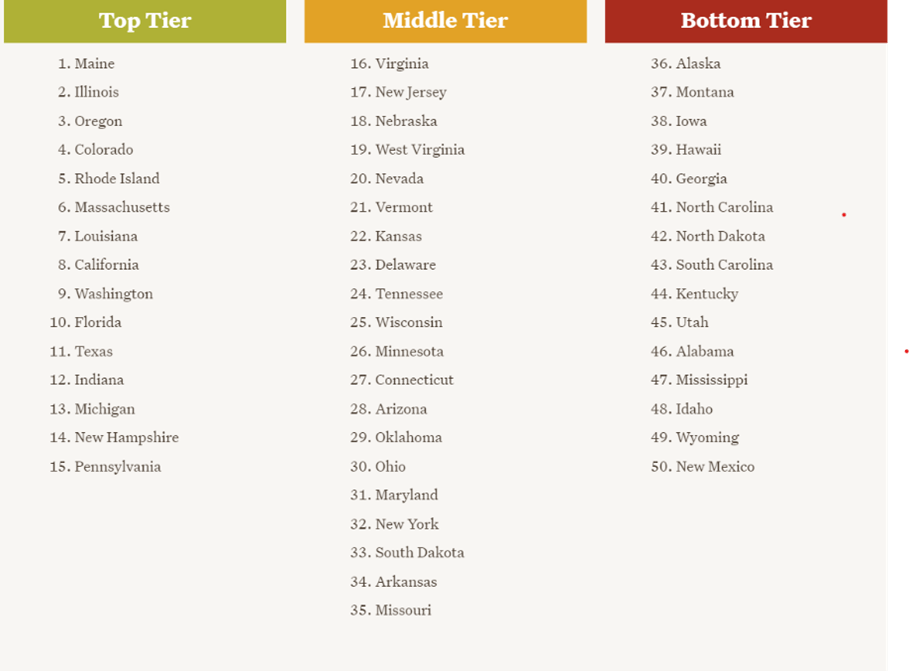 If you’re a Michigander, you probably looked at the graphic and noticed immediately that Michigan is a top-tier state that ranked at number thirteen in 2020. Michigan has ranked as high as fifth in years past because Michigan was one of the first states to enact animal protection statutes. However, as other states have improved their animal protection statutes, they have moved up on the list, which has caused Michigan’s position to fall.

How are strengths and weaknesses assessed?

ALDF releases a report regarding its findings, which describes the analysis process in detail. The report shares the existing strengths and recent improvements for the top five states and the areas where the bottom five states need improvement (August 31 is the cutoff date for gathering the year’s new legislation).  Regarding methodology, the report provides:

The 56 jurisdictions [states and territories] included in the 2020 U.S. Animal Protection Laws Rankings ReportSM were numerically ranked based on their cumulative scores to 49 study questions covering 20 distinct animal protection laws categories. The report analyzed enacted laws only and did not review the separate issue of how these laws are enforced. Answers to the study questions were based primarily on the statutory data contained in the 3,400+ page compendium Animal Protection Laws of the United States (Fifteenth Edition).SM

The report details the types of animal protection laws on which ALDF focuses in creating its rankings.

For states that are not in the top or bottom five, there is additional information online that can be found by clicking on the state of interest on the color-coded map (shown above). That information for Michigan includes a summary of the state’s strengths and a link to ALDF’s compendium of Michigan animal protection laws.

The Michigan summary cites a lack of required cross reporting regarding animal abuse and a vague statute regarding animal sexual abuse as Michigan’s weaknesses. While these are areas for improvement, there are other initiatives – such as Michigan Humane’s current bill to allow out-of-state veterinarians to obtain a Michigan license quickly to help with a large-scale cruelty case or natural disaster impacting animals, and our bills to improve the bond-or-forfeit provisions in the anti-cruelty and anti-neglect statutes – that, if they pass, may not garner as many points on the ALDF ranking system but that are critical to animal welfare in Michigan.

Ranking systems can provide a very helpful perspective and points of comparison. ALDF’s efforts to provide an annual analysis of states’ animal protection laws is well-respected and very beneficial to animal welfare advocates. For example, the ALDF’s observations regarding perceived gaps in Michigan law might help persuade a legislator to introduce a bill or vote to support it. However, rankings should never be treated as more than one factor among many in conducting an analysis, including an analysis of a state’s animal welfare laws.

English golfer Luke Donald, who achieved a world number-one ranking without winning a major, said, “My objective has always been to get better, no matter where my ranking is.” This admirable work ethic should also apply to legislative efforts to improve animal welfare. While Michigan is a top-tier state, there is always more work to be done.

We are going to keep working to improve animal welfare and serving as a voice for the animals through advocacy. Together, we can continue to make a difference in animal lives. If you know someone who you think would be interested in this information, please forward this to them and encourage them to sign up for our Legislative Action Network at www.michiganhumane.org/advocacy/.