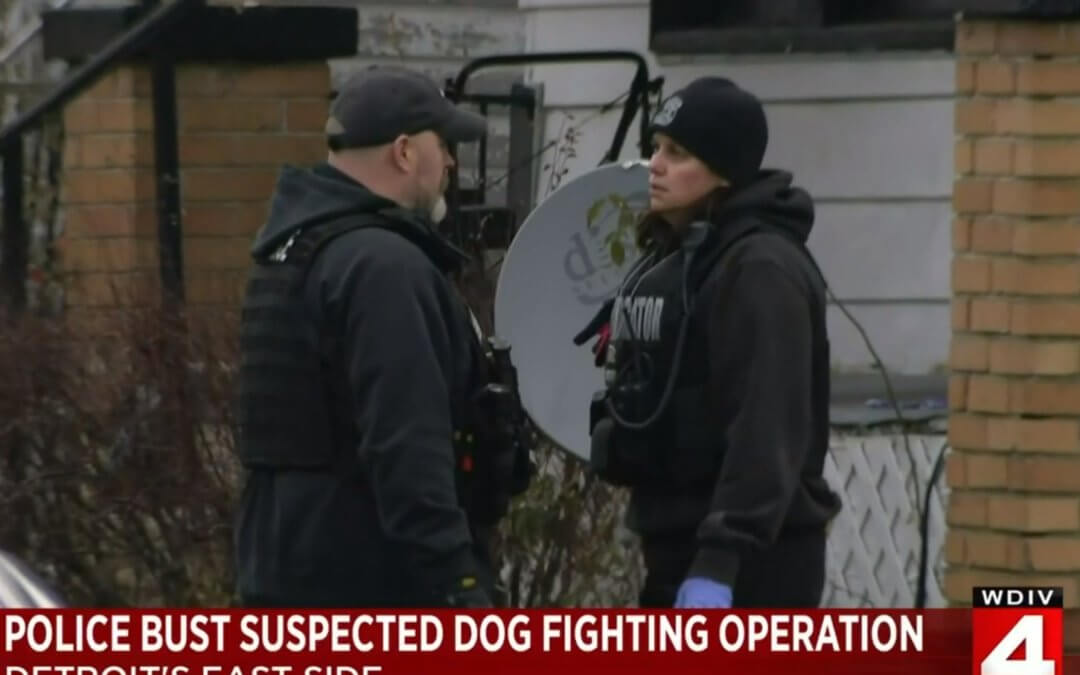 Michigan Humane Society animal cruelty investigators, along with the Detroit Police Department, were able to rescue nearly a dozen dogs from a suspected dog fighting operation on Detroit’s east side on Wednesday.

WWJ reports that two search warrants were executed at homes near 7 Mile and Conant Street after a concerned citizen provided a tip. 11 dogs were found at the two properties along with dog fighting paraphernalia. MHS and DPD found a combined 60 lbs. of tow chain that was used just to keep two dogs secured.

The rescued dogs were taken to MHS’ Mackey Center for Animal Care to be evaluated.

“Dog fighting is a more common activity than many people realize and takes place not only in urban areas, but rural as well,” says Andy Seltz, vice president of field services for MHS. “We’re incredibly proud to have been able to remove these dogs from this horrific situation and thankful to the community member who initially called us out of concern for these animals.”

According to WDIV, no one was home when the warrants were executed, but police say they have a good idea of who is responsible for this particular dog fighting ring.

Michigan lawmakers passed SB 416 back in January, a law which gives dogs and their offspring who are victims of dog fighting a second chance if they’re deemed fit for adoption. The bill also shortens the amount of time these dogs must stay in the shelter during court proceedings.

“It provides us ways to bond these animals. Previously, when these dogs are taken in for dog fighting, we’re held in the shelter custody until we had a disposition in court. With this new legislation, it allows us to do, actually post a bond, which has to be paid in 14 days,” Seltz tells WDIV.