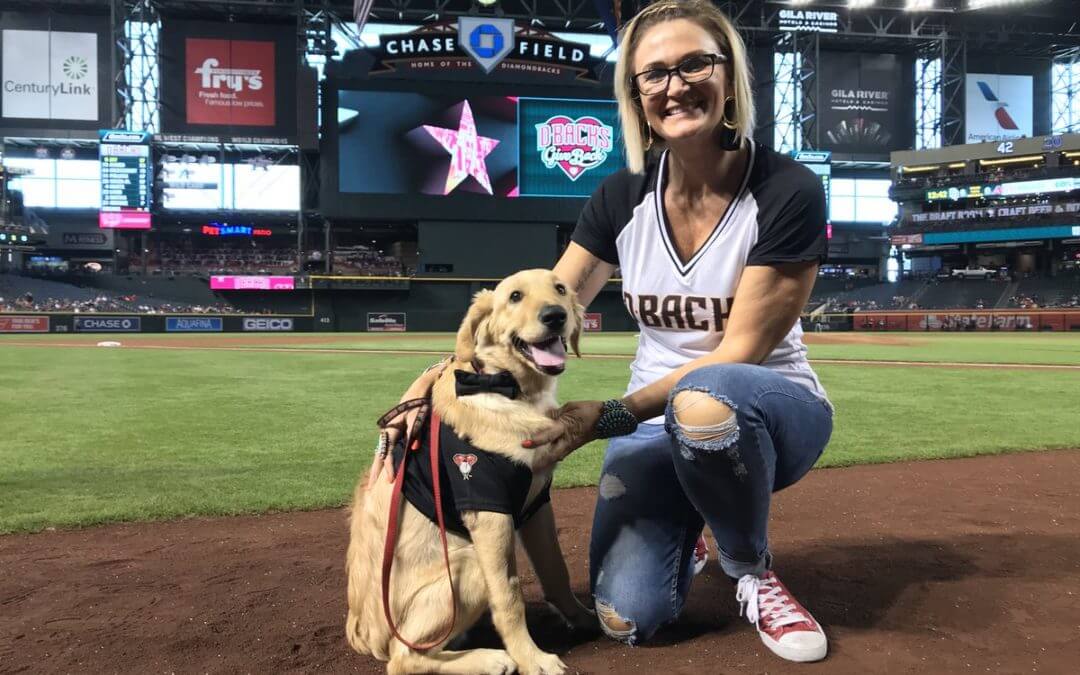 The Arizona Diamondbacks allowed their fans to shower a dog with applause on Sunday, giving him a hero’s welcome. It wasn’t just any dog though. Todd saved his owner from being bitten by a rattlesnake.

As ArizonaSports.com shares, D-Backs included Todd in their pregame ceremony as they honored uniformed firefighters and EMTs. Conveniently enough, it was also the team’s Dog Days of Summer promotion, so fans could bring their pups to the game, similar to the Tigers and MHS Bark at the Park.

Todd lives in Anthem, Arizona with his owner Paula.

Last weekend Todd saved Paula from a rattlesnake bite (and we all know how dangerous ? can be).

Todd is a hero. ? pic.twitter.com/a6IDGC8kbI

Todd was happy to show off his custom Diamondbacks jersey like a good boy.

I just met this hero…Todd the Dog.

Bit by a snake…honored by snakes.

Paula Godwin took her two dogs, Todd and Cooper, out for a hike in Anthem, Ariz. Saturday morning (June 29). Godwin almost stepped on a rattlesnake, putting herself in danger as the reptile prepared to retaliate. That’s when Todd stepped in to protect his human mom, taking a bite to the face.