Dog Gets Face Bitten by Rattlesnake While Protecting Owner 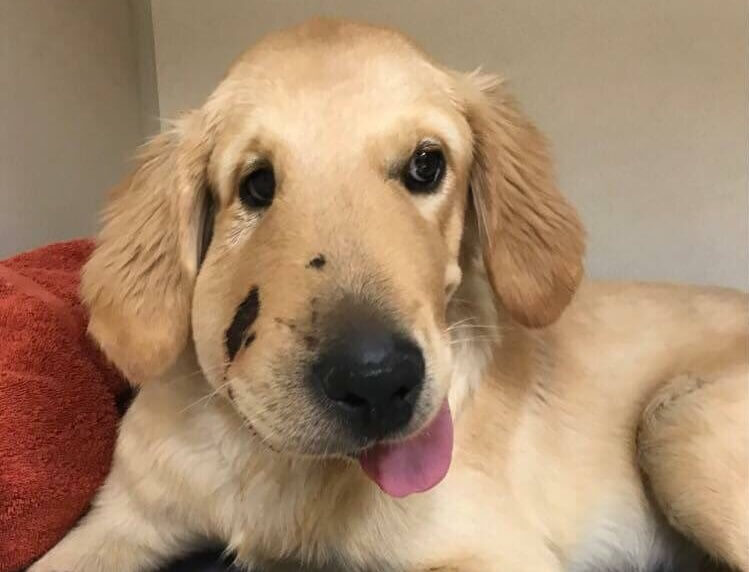 This is a story about the bravest dog you will hear about in 2018. A golden retriever put his body on the line as he shielded his owner from a rattlesnake.

KABC reports that Paula Godwin took her two dogs, Todd and Cooper, out for a hike in Anthem, Ariz. Saturday morning (June 29), sharing the trek on Facebook Live. Godwin almost stepped on a rattlesnake, putting herself in danger as the reptile prepared to retaliate. That’s when Todd stepped in to protect his human mom, taking a bite to the face.

“My hero of a puppy Todd saved me,” Godwin posted. “He jumped right in front of my leg [where] I surely would have [been] bit.”

Godwin immediately sought medical attention for Todd, who is expected to make a full recovery. Todd even got a rare 15/10 rating for his bravery from We Rate Dogs.

This is Todd. He saved his human from a rattlesnake yesterday. A true h*ckin hero. He’s expected to make a full recovery and has been rewarded our fifth ever 15/10 pic.twitter.com/TsS6isI0Ew