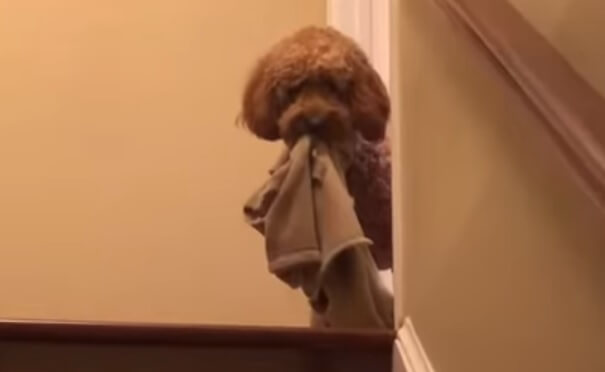 Remember as a child bringing a security blanket and/or toy to bed with you?

However, a dog named Bentley has a nightly ritual that involves bringing something from his massive toy collection to bed with him.

As Mashable shares, Bentley is a minidoodle whose owner recorded his adorable habit at night. Watch the compilation below.

“It all started with his puppy blanket, but now Bentley goes through phases of which toy he loves the most for a week or so at a time,” Bentley’s parents write on the video description. “This is a nightly ritual in our house.”

Honestly not enough screen time was given to Bentley’s attempt to drag up a giant-sized teddy bear at the 0:46s mark. That would have been a delight to witness.