Courtroom animal advocate program laws give a voice to the voiceless 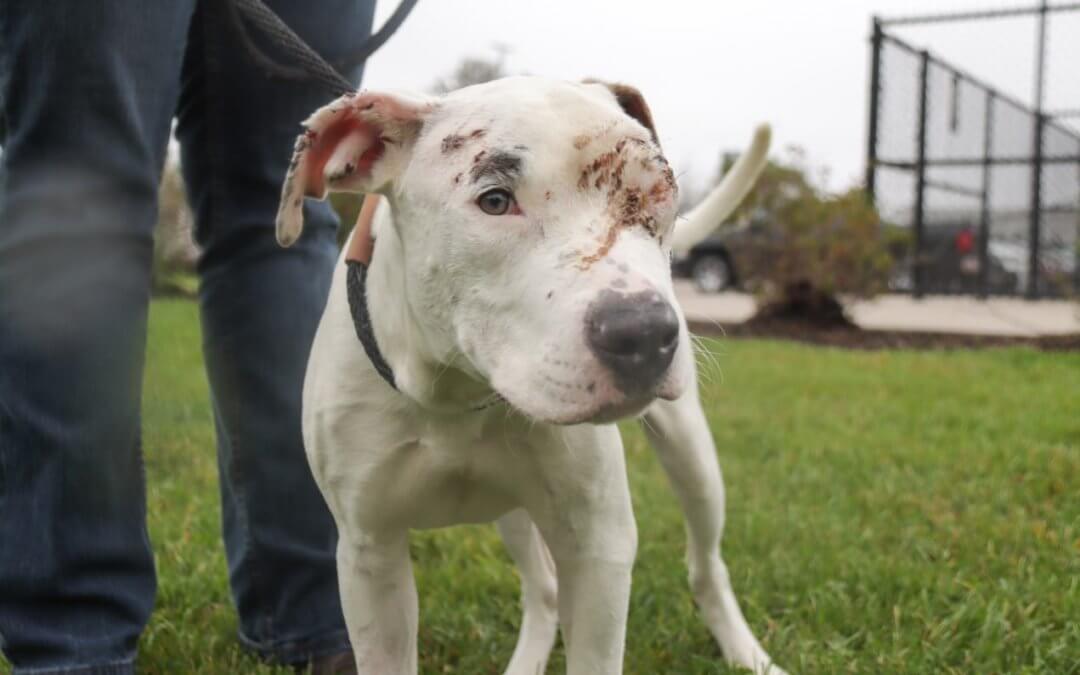 In 2006, quarterback Michael Vick was the highest-paid player in the NFL. In 2007, he was indicted in federal and state court for dog fighting. This extremely high-profile case raised awareness of the cruelty and abuse inherent in animal fighting. The public urged the judge and assistant U.S. attorney to help the dogs. While the case was typical of organized dog fighting prosecutions in many respects, there were also some unique factors involved. Most notably, in the federal case, the U.S. District Court appointed a guardian/special master to advise the court regarding the appropriate disposition of 48 dogs seized from the dog fighting operation.

The court appointed Rebecca Huss, Professor of Law at Valparaiso University School of Law, as the guardian/special master. According to the Animal Legal Defense Fund (ALDF), a national nonprofit that uses the legal system to advance animals’ interests, the Vick case was the first time that the court appointed an attorney to advocate for the animal victims in a dog fighting case. Based on her evaluation and reported recommendations, the dogs were ordered placed with eight different organizations. They began their new lives, and their rehabilitation inspired lasting policy improvements.

One such policy improvement was the amendment of some states’ laws to require evaluation of fighting animals rather than automatic euthanasia. Michigan Humane drafted and advocated for such a change to Michigan’s animal fighting statute, which passed in 2018. Another positive change brought about by this case was the introduction of Courtroom Animal Advocate Program (CAAP) laws.

A CAAP law allows a judge presiding over a criminal animal abuse case to appoint a trained volunteer lawyer or supervised law student to advocate for the animal victim or victims. The ALDF describes the volunteer advocate’s duties to include “appear[ing] in court and assist[ing] the judge by drafting briefs, conducting research, gathering information from veterinarians, animal control officers, and law enforcement officials, and making recommendations on behalf of the animal victim’s interests.” The volunteer attorney or law student is independent and objective, working for neither the prosecution nor the defense, but instead serving as a voice for the animal victim or victims and representing the interests of justice.

CAAP volunteers provide invaluable assistance to the court in reaching fair and appropriate outcomes in criminal animal abuse cases. Judges, prosecutors, and defense attorneys are not necessarily familiar with the special considerations involved when animals are both victims and evidence of a crime. CAAP laws ensure that someone in the case is focused on the animals’ best interests.

Connecticut passed the first CAAP law in the country in 2016. The law was named Desmond’s Law after a dog who was adopted from a shelter and abused and ultimately strangled to death by his adopter. The defendant was sentenced to a rehabilitation program designed for nonviolent offenders, and his record was expunged upon completing the program. Advocates appalled by this outcome fought for enactment of Desmond’s Law to ensure that future animal cruelty victims would have a voice in the courtroom.

Maine was the second state to enact a CAAP law. A CAAP bill was introduced earlier this year in New Jersey and has passed the New Jersey Assembly Judiciary Committee. Although past efforts to introduce a CAAP bill in Michigan were not successful, there is a chance that the bill will be reintroduced.

Jessica Rubin, University of Connecticut Professor of Law and Director of the UConn Animal Law Clinic, serves as an advocate and supervises law students appointed as advocates under Desmond’s Law. Reflecting on the first four years of her experience after the passage of Desmond’s Law, she said, “Desmond’s Law and similar advocacy programs enable a court to move away from an incarceration-release binary, and focus instead on the welfare of animal victims, restitution for service providers, and prevention of future harm.”

As of 2014, all 50 states and the District of Columbia have at least one felony statute prohibiting animal cruelty. In 2016, the FBI began separately collecting information on animal abuse crimes, and its National Incident Based Reporting System categorizes animal abuse as a crime against society. There is a well-researched connection, referred to as The Link,® between violence against animals and violence against humans. CAAP programs represent the next step based on the growing understanding of the seriousness of animal abuse and provide the legal system with a no-cost resource to thoroughly address animal cruelty cases to the benefit of both animals and people.

We are going to keep working to improve animal welfare and create a more humane community, while serving as a voice for the animals through advocacy. Together, we can continue to make a difference in animals’ lives. If you know someone who you think would be interested in this information, please encourage them to sign up for our Legislative Action Network.