Each month in 2015, we will be celebrating the pit bull! MHS adopts out hundreds of pit bulls a year and love to show people how great dogs of this breed type can be. We will be featuring a different “famous” pit bull from history each month. 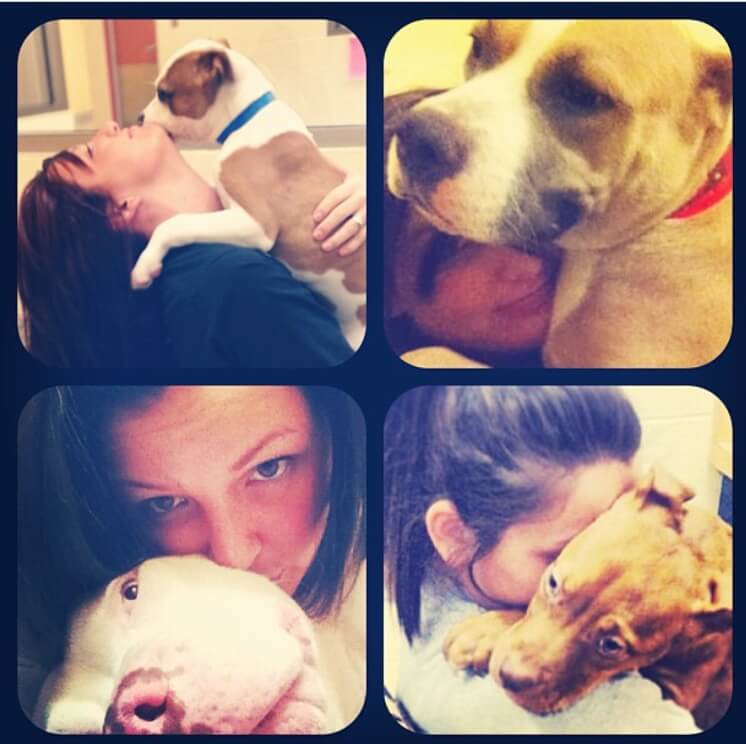 A staff member at the Berman Center for Animal Care cuddling with some of her favorite adoptable pit bulls.

Feared beast that stalks the urban jungles of America!

Let’s be honest some of you might not know whether that was a sincere lead about a truly dangerous animal or a facetious commentary on a largely misunderstood dog.

First things first, let’s get this out of the way – dog breeds are different. It would be ridiculous and misleading to say that all dogs are the same. They are not. They differ in size, energy levels, some bark more than others, some like to dig…you get the idea. However, to say that any is inherently more dangerous than another because of their breed would be another story altogether. 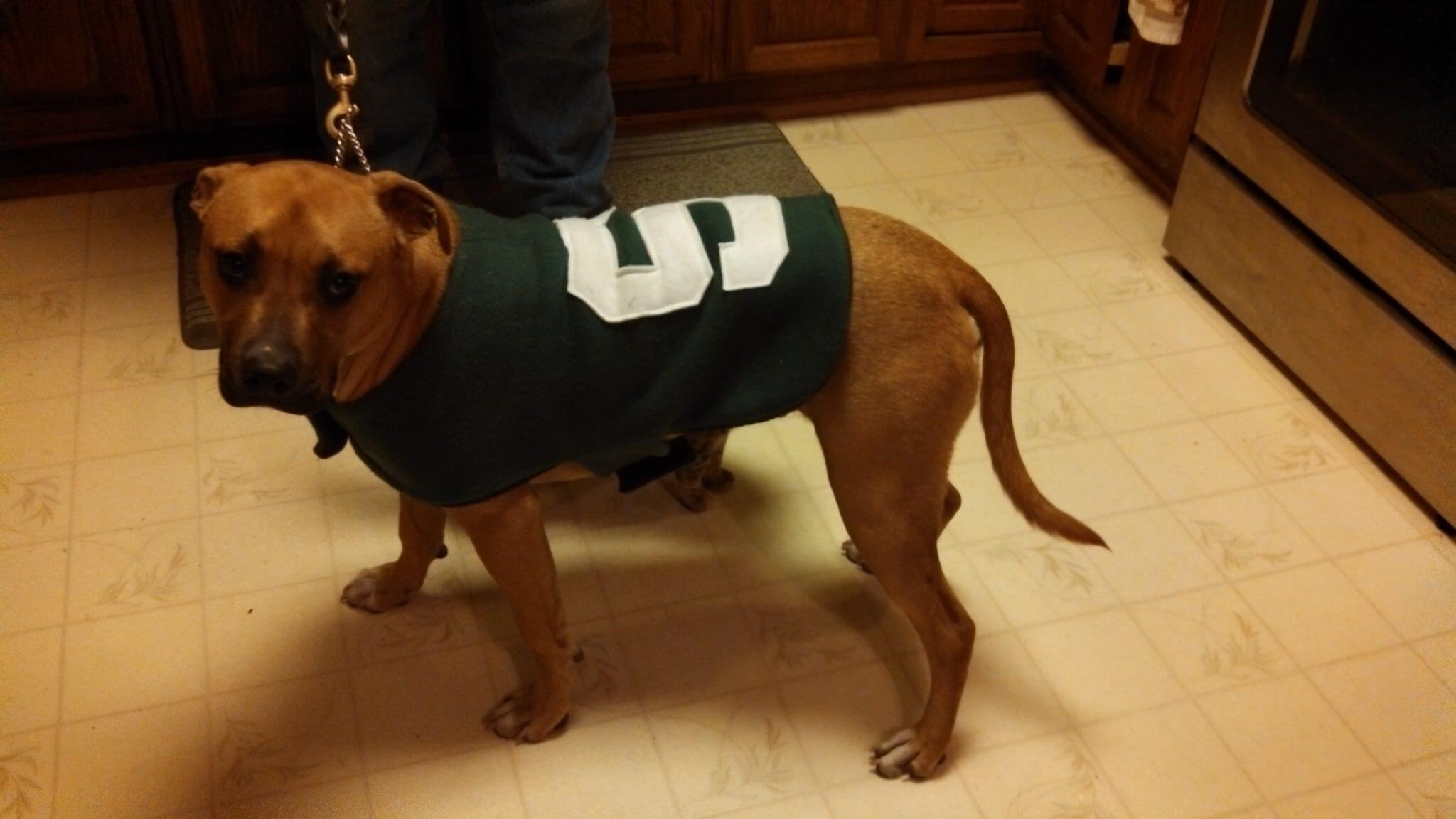 Cody, a pit bull mix, was adopted by one of our staff members.

That’s not to say that an aggressive Pit Bull is not more dangerous than an aggressive Chihuahua. They are; it would again be misleading to say otherwise. Their size and the capability to do more physical damage is clearly different. However, we have to look at where that aggression is coming from. It is not born from the fact that they are any particular breed but the behavior is rather a product of their owner and negative environment. Stop and soak that in; dogs are a product of their owner and their environment. While genetics certainly play a role, in a positive environment, with a positive owner, most dogs (of any breed) can become a positive dog. Simple; end of story.

Pit Bulls have a rich history that has been largely marred by public perception due to unfortunate incidents where the breed is blamed for the owner’s shortcomings. History is littered with factual accounts of this noble breed doing amazing things. Like any dog, if you choose to adopt one you should do your homework and know what to expect. That aside, you can expect a loyal, friendly, and playful companion; not a bad deal! 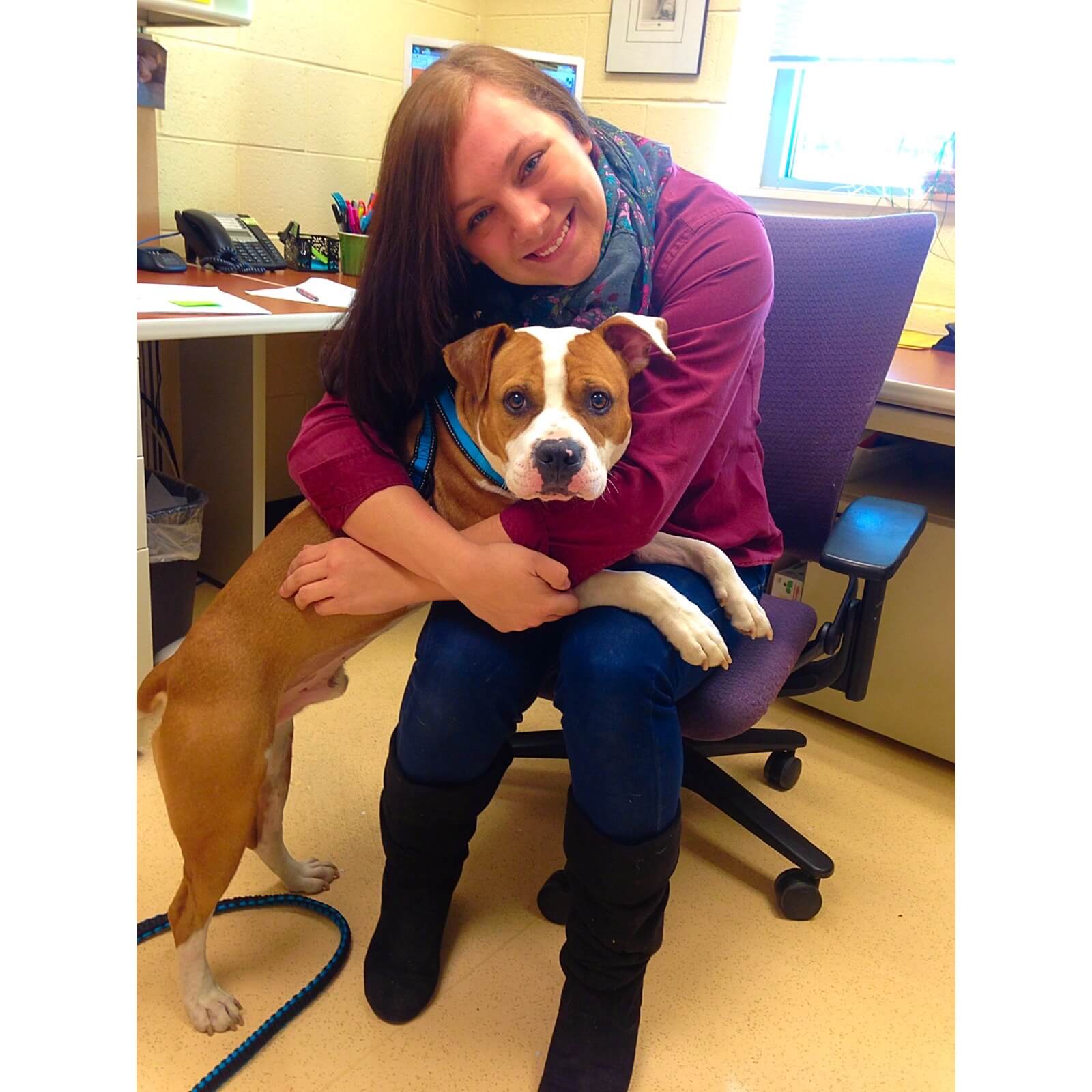 A staff member says “goodbye” to her foster dog who was adopted after going through surgery for a leg wound. 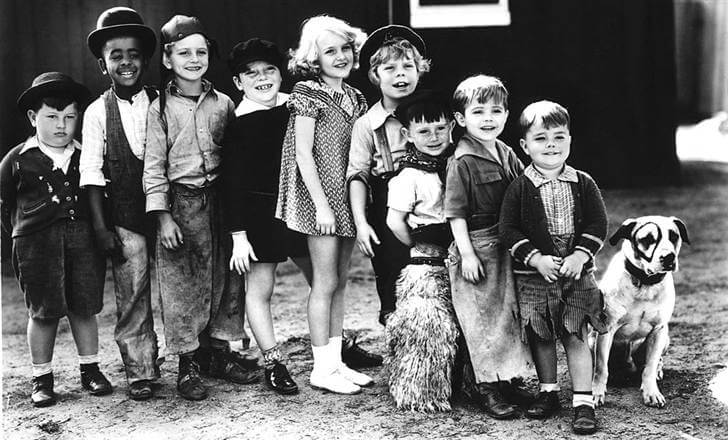 “Pete the Pup” was an American Staffordshire Terrier character in the “Our Gang” comedy series, later known as “The Little Rascals.” He was known for the classic black ring around his eye, which was partly painted on.

The original Petey was an American Pit Bull Terrier named Pal. His owner and trainer, Harry Lucenay, used one of his offspring in the series after he was poisoned and died. This dog, known as “Lucenay’s Peter,” died of old age at 17 two years after the series ended. Several pit bulls played the part of Petey throughout the show, but Lucenay’s Peter was the most well-known.

Check out this vintage video showing the training process for Petey.