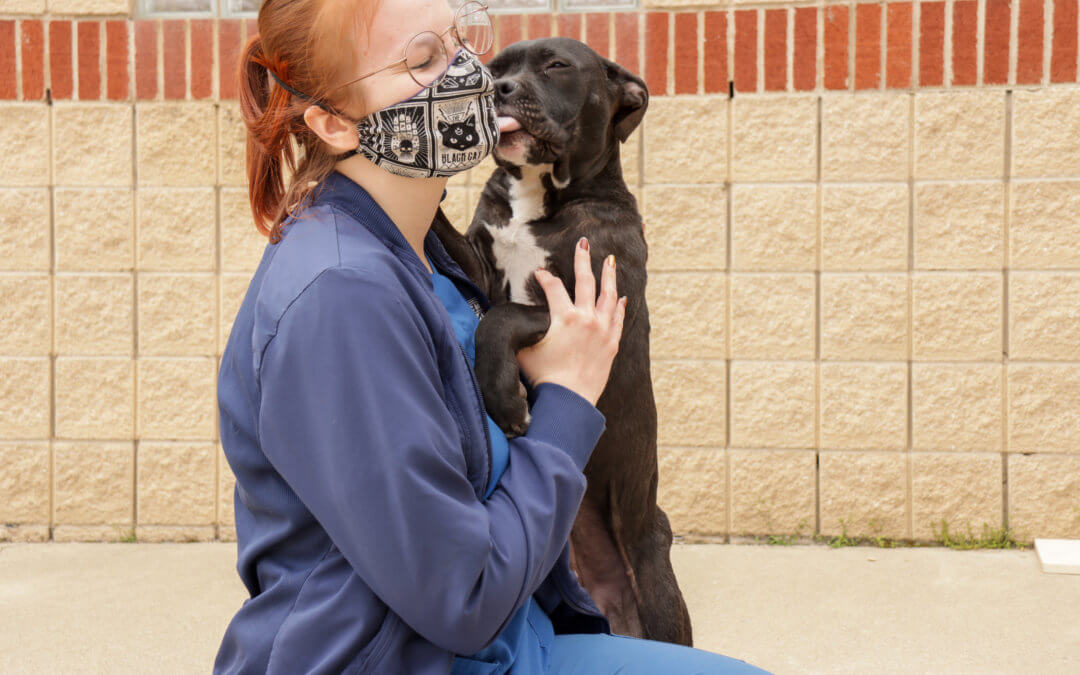 More than 30 local units of government in Michigan have passed ordinances that regulate dogs based on breed or perceived breed. Referred to as “breed-specific legislation,” or BSL, such laws either ban or heavily regulate certain types of dogs, often called “bully breeds.” Breed-specific regulations can include such things as mandatory spay/neuter, mandatory microchip implants, mandatory muzzling in public, requiring certain types of enclosures and warning signs, and requiring increased liability insurance.

Opponents of BSL, like Michigan Humane, argue that to effectively address the dangerous dog problem, BSL should be replaced by education and legally mandating responsible pet owner practices. Breed is not the sole factor that determines temperament, and every dog should be treated as the individual she or he is. It is not possible to remove all – or perhaps even any – dangerous dogs from a community by targeting certain breeds.

However, some communities have been persuaded that a “quick fix” exists and have banned or restricted specific breeds. Many of these ordinances are focused on “pit bulls,” but ironically, that is a general term, not a breed. It is a term used to refer to the American Pit Bull Terrier, American Staffordshire Terrier, Staffordshire Bull Terrier, and any other pure bred or mixed breed dog that is a combination of these dogs.

BSL often targets other bully breeds, such as American Bulldogs; breeds associated with fighting, like the Perro Presa Canario, Cane Corso, Dogo Argentino, and other pit bull-Mastiff derivatives; breeds that have historically been considered dangerous, such as Rottweilers and Doberman Pinschers; and occasionally, breeds like Boxers, Dalmatians, Huskies, Chows, and Akitas. Attempting to identify breed based on visual identification is difficult to impossible, but many breed-specific ordinances rely upon determinations made by animal control officers or law enforcement and their visual perception of the dog’s breed.

Because of the problems with visual breed identification, the breed of a biting dog is often not known or is reported inaccurately. As a result, it is not possible to calculate a bite rate for a breed or to compare rates between breeds because the data reported is often unreliable. Further, a dog’s breed is not a reliable predictor of behavior. A review of the research that attempts to quantify the relationship between breed and bite risk finds the connection to be weak or absent, while responsible ownership variables such as socialization, neutering, and proper containment are much more strongly indicated as important risk factors.

State legislation (HB 4035) has been introduced that would prohibit local units of government from enacting or enforcing breed-specific regulation of dogs but would allow dogs to be regulated without reference to breed. The bill also allows local government to regulate dangerous dogs. Michigan Humane recently added its name to a letter in support of HB 4035.

A breed-neutral approach that promotes community safety may include the following:

Even if breed could be reliably determined by how a dog looks, a dog’s breed or appearance (perceived breed) is not a reliable predictor of behavior.

As just one example, I recently adopted a lovely two-year-old dog named River.

She is an extremely well behaved, friendly dog who has fit in very well with the two dogs and two cats already in our family. Because I thought, based on her appearance, that she was an English Shepherd or collie mix potentially prone to certain genetic issues, I sent a sample of her saliva to Embark, a company that specializes in determining canine DNA. I got good news – she is not at increased risk of any of the hundreds of genetic disorders for which they test. Of course, they also test DNA to determine breed, and there, I was in for a surprise: 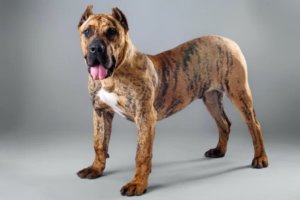 With DNA attributable to almost 40% bully breeds, I’m grateful our community does not have breed restrictions (although typically, 50% or more of particular restricted breeds is required to trigger the application of a breed-specific ordinance).  The old saying that applies to so many things also applies to dogs – you can’t judge a book by its cover.  And even when you identify the breed(s) behind the dog’s appearance, you can’t predict behavior.

Because of the election, there aren’t many days left in this legislative session. HB 4035 has passed two House committees and is on the House floor awaiting a vote. Michigan Humane is grateful to the bill sponsor, Rep. Jim Ellison, for introducing this bill. We are asking you to please take a minute to email your elected Representative in Lansing to encourage further action on the bill. If you don’t know who your Representative is, you can find that information here.

Rep. Ellison asks that you send the following message to your Representative:

As a resident of Michigan and your district, I urge you to support House Bill 4035 and to ask the House Speaker to call this important bill for a vote. The goal of this bill is to achieve safe and humane communities for pets and people alike throughout our state with thoughtful, comprehensive dog laws that focus on safety and behavior, not breed.

Breed discriminatory laws are outdated and have proven ineffective in enhancing public safety time and again. In fact, these laws create a false sense of security for residents and policy makers. HB 4035 solves this problem by encouraging municipalities throughout the state to enact effective, comprehensive dangerous dog ordinances and preventing them from enforcing or enacting ineffective policies focusing on breed. We all want our communities protected from dangerous dogs and irresponsible owners. Unfortunately, most breed discriminatory ordinances rely on visual identification of dog breed, which has been proven to be a difficult and often impossible task for even the most experienced animal shelter staff members. And yet this is what some municipalities are asking their law enforcement and animal control officers to do in order to enforce breed-based laws. Our officers deserve a set of clear, objective standards for performing their jobs and protecting the communities they serve.

Please support HB 4035 to promote safe and humane communities throughout Michigan. Further, please urge the House Speaker to take up this bill on the House Floor. Any Michigan resident and dog owner who follows safety guidelines and manages their pet responsibly should be allowed to own and enjoy the companionship of any dog breed. Thank you.