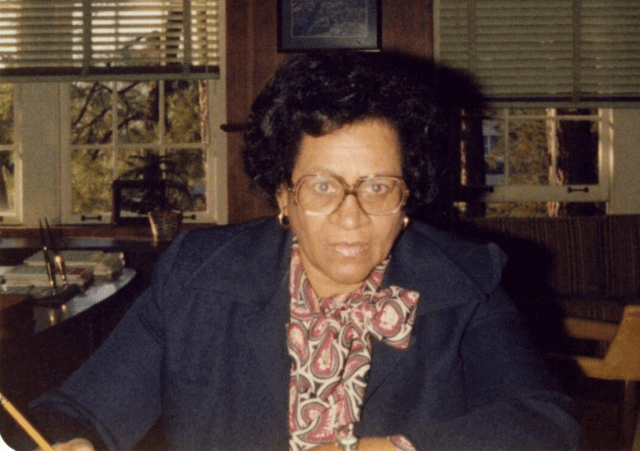 Dr. Alfreda Johnson Webb was a trailblazer, becoming the first Black woman to graduate from veterinary school in the United States.

Dr. Johnson Webb decided to continue her education, which would bring her to the State of Michigan to earn a master’s degree (M.S. in Anatomy) from Michigan State University in 1950.

Dr. Johnson Webb remained at the Tuskegee Institute where she taught anatomy until 1959, completing her tenure there as an Associate Professor. She then served as a professor of biology at North Carolina Agricultural and Technical State University (NCA&T) from 1959-1978. During her time at NC A&T, she was a member of the planning committee which founded the School of Veterinary Medicine of North Carolina State University. In 1971, she became the first Black woman in the North Carolina General Assembly, serving on many committees including serving as the Chairperson of Minority Affairs.

All faculty, staff and students of North Carolina State University’s College of Veterinary Medicine are sorted into four houses to promote college well-being. House Webb is named after Dr. Johnson Webb and its crest is an anatomical portrait of a dog. The crest recognizes Webb’s dedication to teaching and her focus on companion animals.