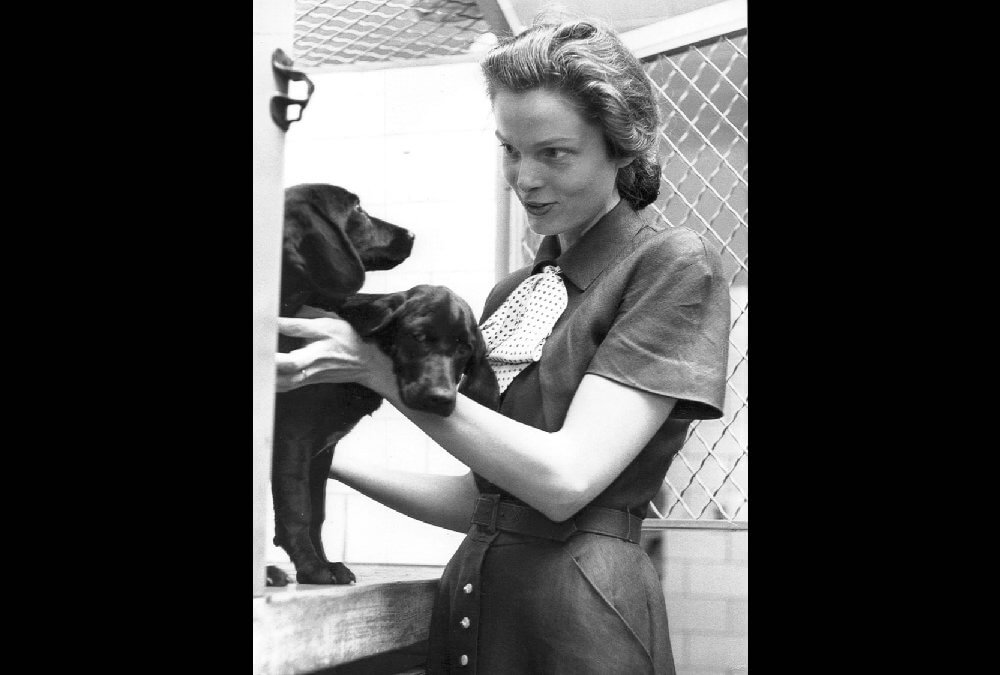 March is Women’s History Month, and Michigan Humane is celebrating by highlighting pioneering women in the animal welfare world. Every Friday throughout the month of March, we’ll share a story of how women changed animal lives.

Many key animal welfare legislative bills in the U.S. were signed into law thanks to the efforts of Christine Stevens, the founder of the Animal Welfare Institute.

Stevens was born in St. Louis, Mo. and grew up in Ann Arbor, Mich., where her father was a physiology professor at the University of Michigan. Stevens herself ended up attending UM from 1936 to 1938, as well as the Detroit Society of Arts and Crafts, now known as the College for Creative Studies. She also worked with the Humane Society of Washtenaw County.

While in New York, Stevens founded the Animal Welfare Institute in 1951, with a mission to reduce the suffering inflicted on animals by humans. Using its legislative division, the Society for Animal Protective Legislation, Stevens was instrumental in getting both the Humane Slaughter Act of 1958 and the Laboratory Animal Welfare Act of 1966 passed through Congress. The former was designed to decrease the suffering of livestock during slaughter, while the latter regulates the treatment of animals used in research.

Stevens served as president of the Animal Welfare Institute until her death in 2002.