Why I’m Walking at the Mega March for Animals

I want to share with you why I’m walking in this year’s Mega March for Animals. It’s the story of a dog MHS saved, who touched my life, even though she was only in it for a short time. Her name was Margaret. 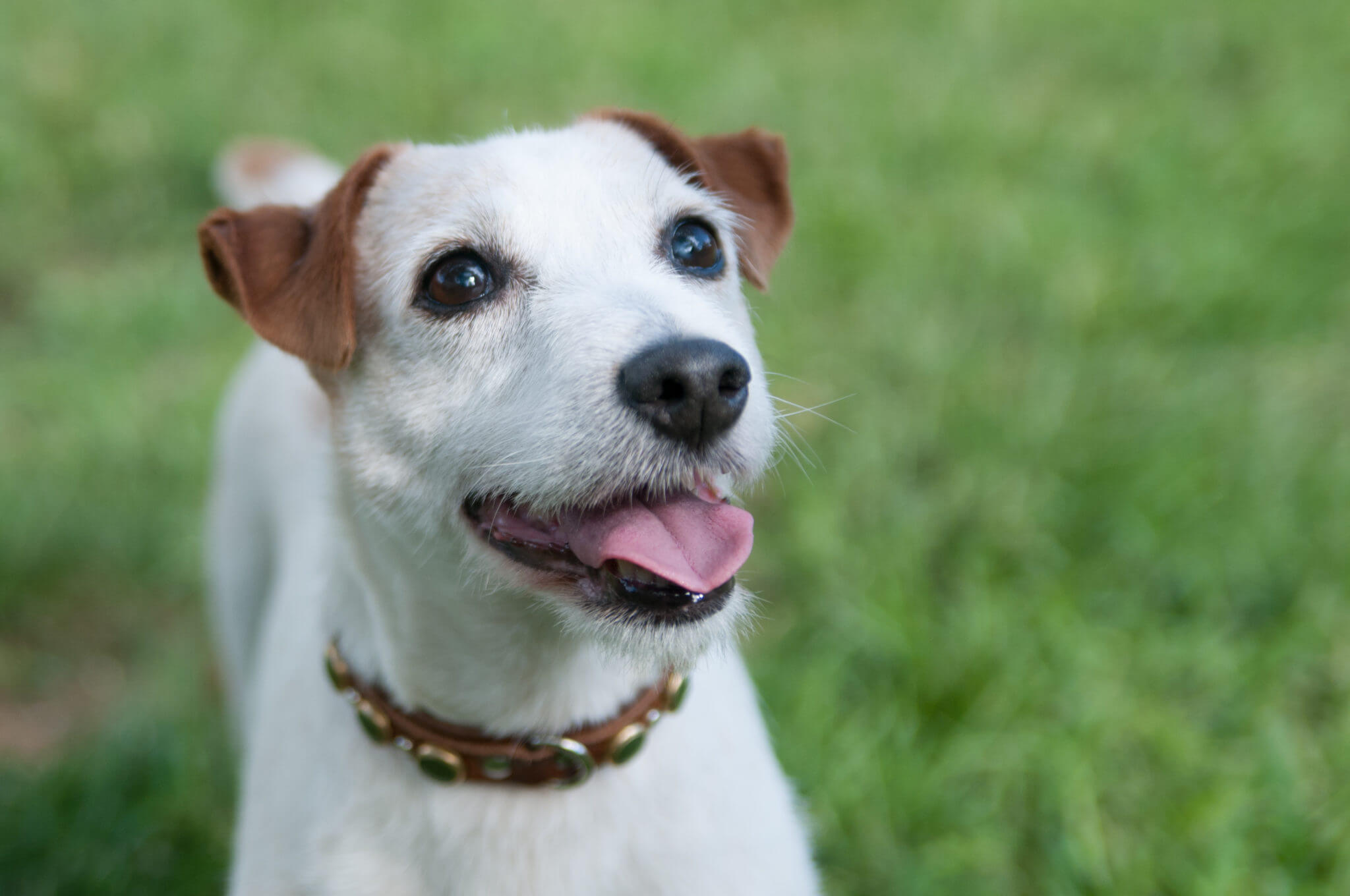 I never thought I would own a Jack Russell Terrier. Never really wanted one. I am a fan of herding breeds, and when I need a cuddle session instead of a run, I like bully types. JRTs always seemed a bit needlessly spazzy, snappy and prey drive-ey for me.

But then Margaret came along.

And you know? She didn’t impress me much at first, either.

She came in from a puppy mill bust, 167 Jack Russell Terriers, Border Collies and Shiba Inus. I first met her while photographing the wave of dogs that came through our shelter as they were vet checked and set up in kennels. I know I met her that day, as I have some photos of her, but she didn’t stick out to me. A couple of the dogs were missing an ear, I remember that. And the Shibas were adorable. But Margaret just blended into the crowd.

I remember the next time I met her though. She had just had surgery to remove multiple cancerous masses. She was my next foster, and boy was she a MESS. She looked miserable. I took her home and put her in a room with a comfortable blanket and some toys and water and tried to let her rest. She just stood and stared at us through the baby gate.

That night, we went to sleep, Margaret safely in her room. But apparently this puppy mill girl wasn’t content to hide away from people and other dogs – she wanted OUT! She whimpered and cried for at least five hours before I finally gave in. I NEVER give in. But for her, well, she was pitiful and sick and old so… I let it be. I picked her up, plopped her in bed next to my husband, Chris, and she sighed contentedly and went to sleep.

And that was that. She was Chris’s girl ever since. 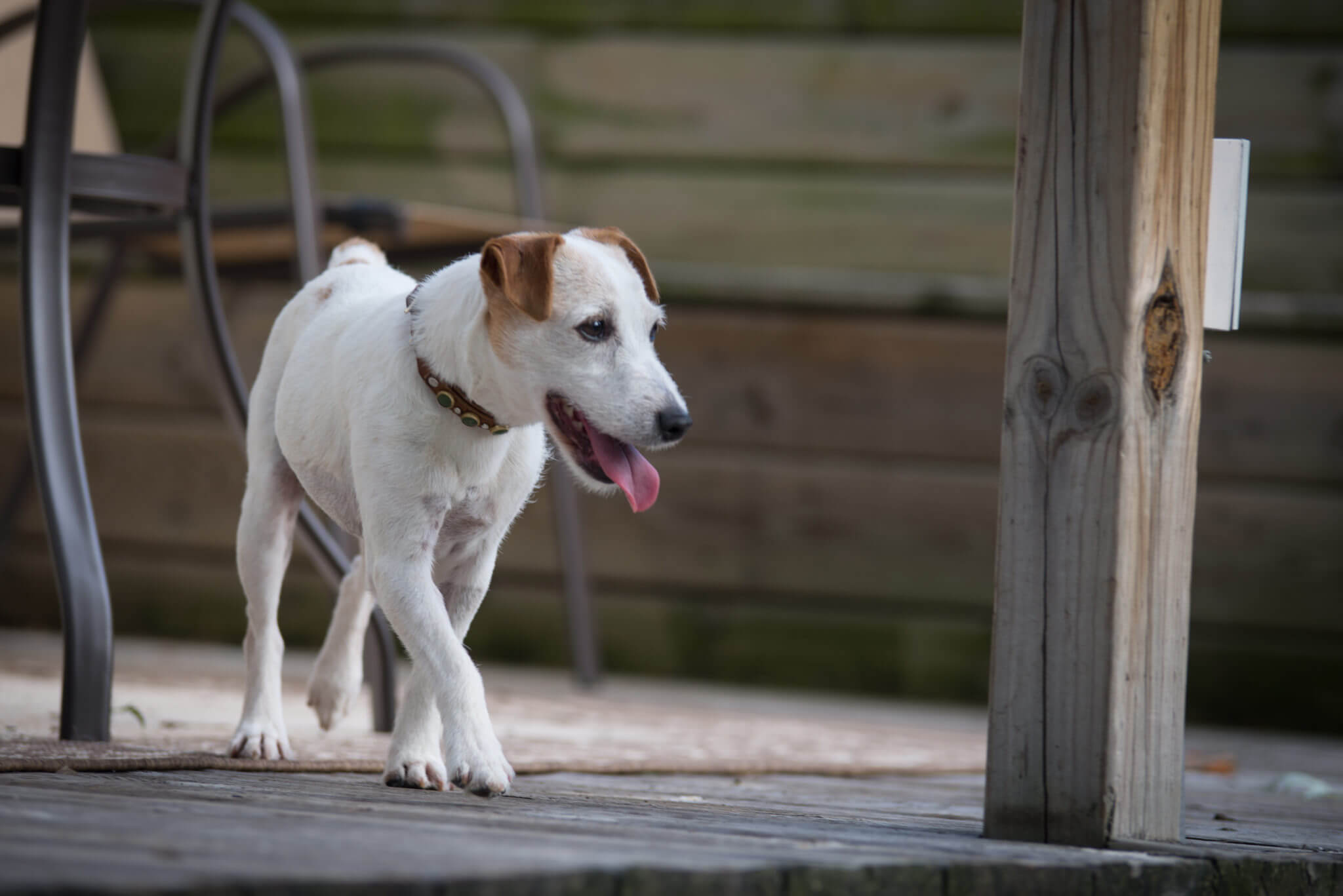 She lived, for a while. She played hard, loved to chase and destroy tennis balls. Wanted anything that squeaked. Bossed the other dogs around and settled in as queen of the house. She spent her days snuggled up on Chris’s lap while he worked from home. She was sassy and sweet and got used to the comfortable house life pretty quick.

But she still had cancer, no matter how hard she tried to fight it. We knew we weren’t what people traditionally expected from a “forever” home. It wasn’t going to be forever, it would be a few months, maybe a year. Maybe if it was just the cancer, she could have hung on. But her heart was failing, her body was falling apart from age, she started having bleeding ulcers and she slipped a disc in her neck, recovering after rest only to do it again. A week before we let her go, she was in so much pain. I thought the time was then. She was just as miserable as she had been that first day we brought her home after surgery. And Chris protested, said, she had to get through Christmas.

So I loaded her up with painkillers and said, “we’ll see.”

That dog knew. She knew he wanted her for Christmas, so she sucked it up and she genuinely enjoyed herself that week. She got some squeaky toys and tore them apart, even if she was panting in exhaustion after just a minute or two. She cuddled and slept and was loved. And then after everyone left Christmas night, she started screaming and crying and having trouble breathing and moving and I knew she had waited that long, for him, but she was ready to go now.

She was relaxed when we took her to the vet. We wrapped a blanket around her and Chris held her, and she fell asleep in his arms while we waited. It was as peaceful as everyone hopes it will be. She slipped off in relief, drifting to sleep with contentment. 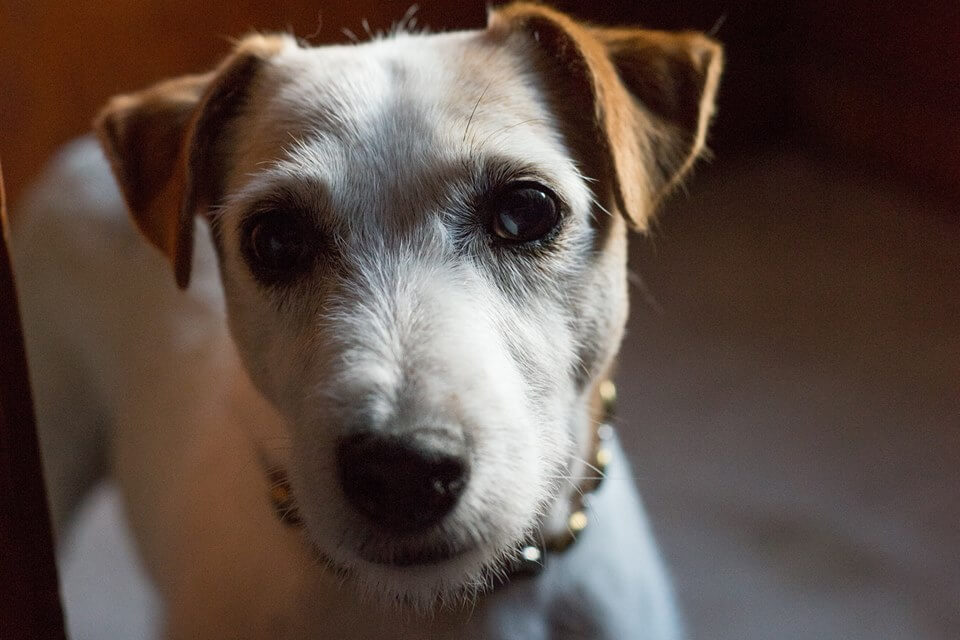 I was not her “person” but I loved her dearly. She was not ever a dog I thought I would own, but when Chris brought up adopting her, I couldn’t say no. We had her from June 26 to December 27. Just over six months. Not long enough, but I am grateful she got that time to enjoy life, out of the puppy mill. She knew she was loved, and when we posted the news on our shelter Facebook page, I was touched by the outpouring of support from people who had never met her.