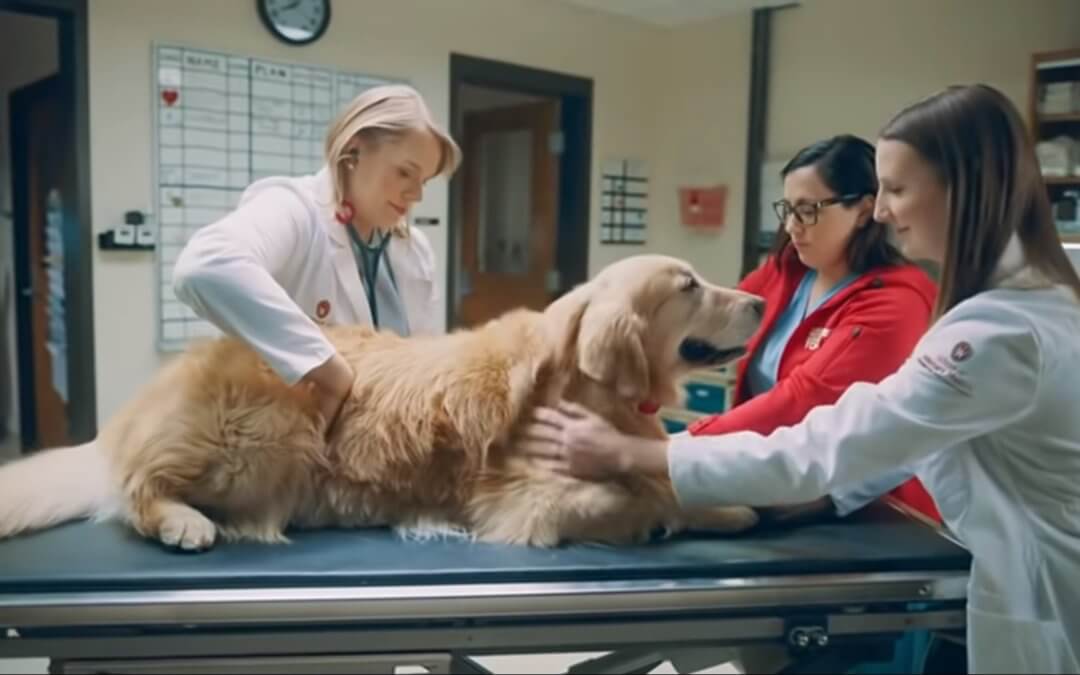 For the second year in a row, WeatherTech will air a Super Bowl ad featuring a dog, but this time it’s a little more serious.

SB Nation reports that WeatherTech CEO David MacNeil’s 7-year-old Golden Retriever named Scout was diagnosed with hemangiosarcoma, an aggressive form of canine cancer that affects the blood vessel walls. Scout developed a tumor on his heart, almost guaranteeing that he wouldn’t survive. However, MacNeil rushed Scout to the University of Wisconsin’s School of Veterinary Medicine to seek treatment for his companion. According to SB Nation, MacNeil lost three other dogs to cancer before adopting Scout.

The WeatherTech Super Bowl ad states that Scout only had a one percent chance of survival. Luckily for him, the vets at University of Wisconsin didn’t waste anytime attacking the tumor. As SB Nation shares:

The university used a one-two punch of chemotherapy and radiation. Immunotherapy also helped nurse the weakened pooch back to full strength. In two months, his tumor shrank by 90 percent. Scout remained a very good boy throughout the weeks of brutal treatment, and came out the other side with a mostly clean bill of health.

MacNeil was so grateful that his company is spending $5.2 million on a 30-second ad to thank the vets who saved Scout’s life, which will air this Sunday during Super Bowl LIV on Fox. Thanks to the internet, you can watch it now below. The spot encourages viewers to donate to UW’s School of Veterinary Medicine.

You may remember Scout from WeatherTech’s Super Bowl ad that aired in 2019. He’s obviously a star.

“Scout’s illness devastated us,” MacNeil said in a statement. “We wanted this year’s Super Bowl effort to not only raise awareness, but also financial support for the incredible research and innovative treatments happening at the University of Wisconsin School of Veterinary Medicine, where Scout is still a patient. We wanted to use the biggest stage possible to highlight Scout’s story and these incredible breakthroughs, which are not just limited to helping dogs and pets. This research will help advance cancer treatments for humans as well, so there’s the potential to save millions of lives of all species.”

Are you looking for veterinary care for your pets? The Michigan Humane Society vet clinics offer first-class service at affordable prices. Call 866-MHUMANE to book an appointment at any one of our locations in Detroit, Rochester Hills, Westland and Howell.