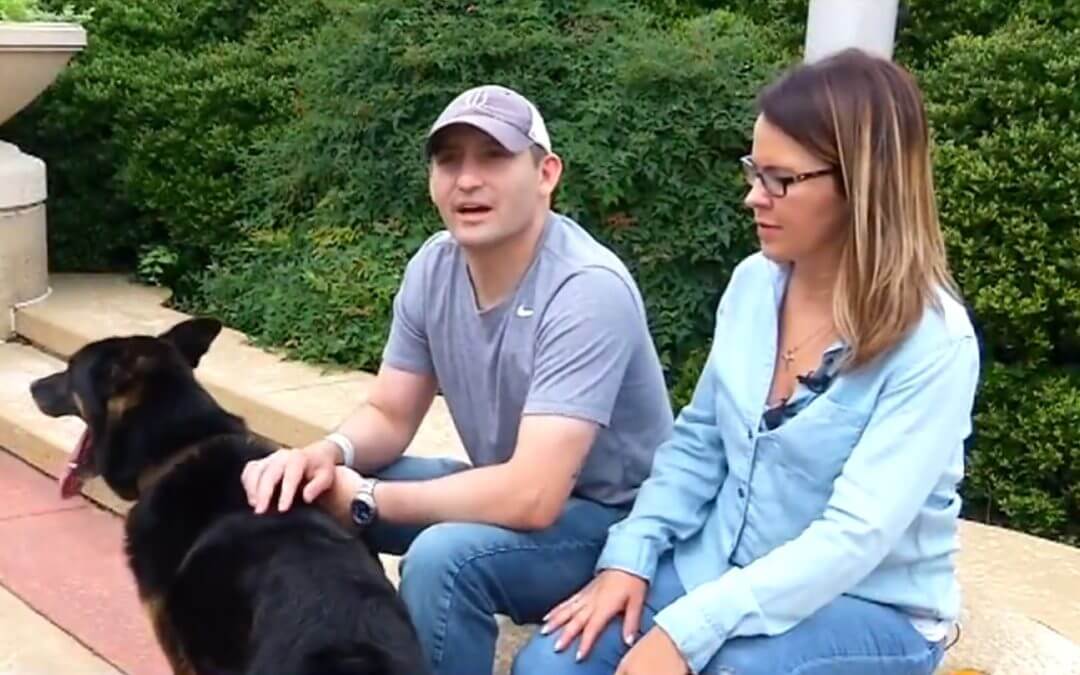 A veteran in Richmond, Va. was reunited with his canine companion thanks to a couple of non-profits.

WRIC shares the story of Joe Fahrenbach, a former Marine who spent three years with his service dog, Fuli. Those three years included a six month tour in Afghanistan. It was only natural for Fahrenbach to adopt Fuli.

“Fuli is by far, the greatest dog I’ve ever worked with,” Fahrenbach told the TV station. “It’ll give me a reason to get off the couch, to take him for a walk, throw him in the truck, go hang out at the lake.”

Fahrenbach wanted to adopt his old friend last year, but unfortunately he was diagnosed with Leukemia. That’s when two non-profit organizations stepped in and helped Fahrenbach on the road to recovery.

Minneapolis, Minn.-based Be the Match found a bone marrow donor match for Fahrenbach, while Mission K-9 adopted Fuli as his former partner was recovering. Mission K-9 helps retired military and police dogs find loving homes. Fuli was transported from Houston to Richmond where Fahrenbach and his wife Ashley were waiting at the airport.

“I mean this whole situation, between his diagnosis and then, being reunited with Fuli…Be The Match and MIssion K-9 have just truly been amazing,” Ashley said. “I don’t think there’s enough words to express how grateful we are to those organizations.”

If you are a veteran or an active duty service personnel, you’re qualified to adopt a pet from Michigan Humane Society with all fees waived through the MHS for Military program, presented by Sellers Subaru. Get more details HERE or call 1-866-MHUMANE.