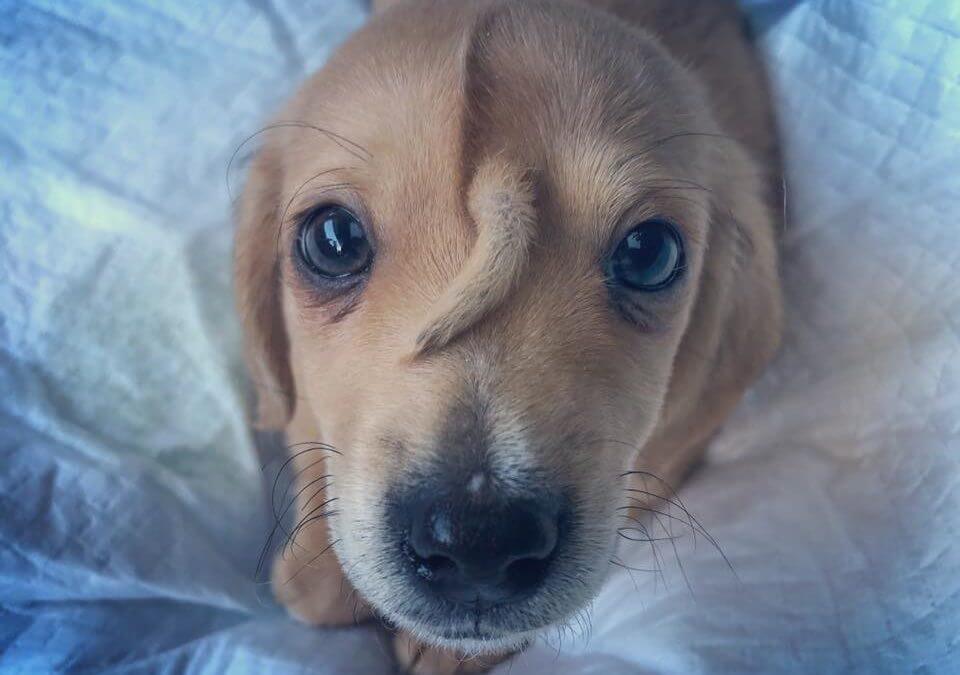 A pit bull rescue in Missouri came across a “unicorn” when they rescued a puppy from the cold. THE DOG HAS A SECOND TAIL ON HIS FOREHEAD.

As UNILAD writes, Mac’s Mission found the special pup with an older dog last week. They were shocked to find the extra appendage growing from his head.

Mac’s Mission has named the dog Narwhal Magical Unicorn Puppy, which is a pretty accurate name. X-rays of Narwhal revealed that his extra tail isn’t actually attached to anything inside his body.

Narwhal is currently in foster care but it doesn’t seem like he’ll have any problems getting adopted. His face tail reminds me of another two-tailed legend.

While we currently don’t have a unicorn puppy up for adoption, there are plenty of awesome dogs looking for new homes on our Adopt a Pet section.