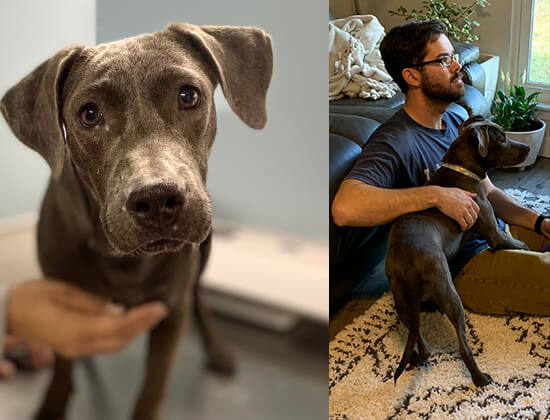 After going through a traumatic experience, a 9-month-old dog in Texas gets to spend the holidays with a new family.

As Fox 2 shares, Tammi is a retriever who was rescued by the San Antonio Humane Society in November. Her injuries were staggering.

“Upon examination, SAHS veterinarians believed Tammi was hit by a car and was shot with a shotgun. Her X-rays revealed more than 70 shotgun pellets in her body,” the organization shared on Facebook.

After major surgery and foster care, Tammi is on the road to recovery. Thankfully she was adopted this month.

Tammi’s new mom shared: “When we saw Tammi, we were instantly drawn to her and after spending time with her, we knew she was the dog we wanted. She’s been so great. She’s adjusted so well. She was shy at the shelter, but as soon as she walked through our doors, she was different. She was really excited, and I think she’s enjoying us as much as we’ve needed her. We’re really glad to have her.”