Ten years ago, Hurricane Katrina devastated the Gulf Coast of our great country. Yet, what stands out from this horrific tragedy is the heroic efforts of many.

The Michigan Humane Society was one of several animal welfare organizations on-site in Louisiana to aid in the recovery, treatment and care of the animals so greatly impacted by the storms.

Senior Vice President and Chief Operations Officer David Williams was one of the crew from MHS who journeyed down to Louisiana to assist. Below is his account of the experience:

We arrived about a week after the storm hit. The devastation was incredible. Like a war zone and nothing I had ever seen before. It was hard to believe this was a city in the United States. Military aircraft and vehicles manned by soldiers only added to the surreal setting we were experiencing. Our caravan included the MHS mobile adoption unit driven by myself and Dr. Robert Fisher, a Suburban towing the emergency response trailer with a zodiak boat and a van with a trailer carrying various supplies. 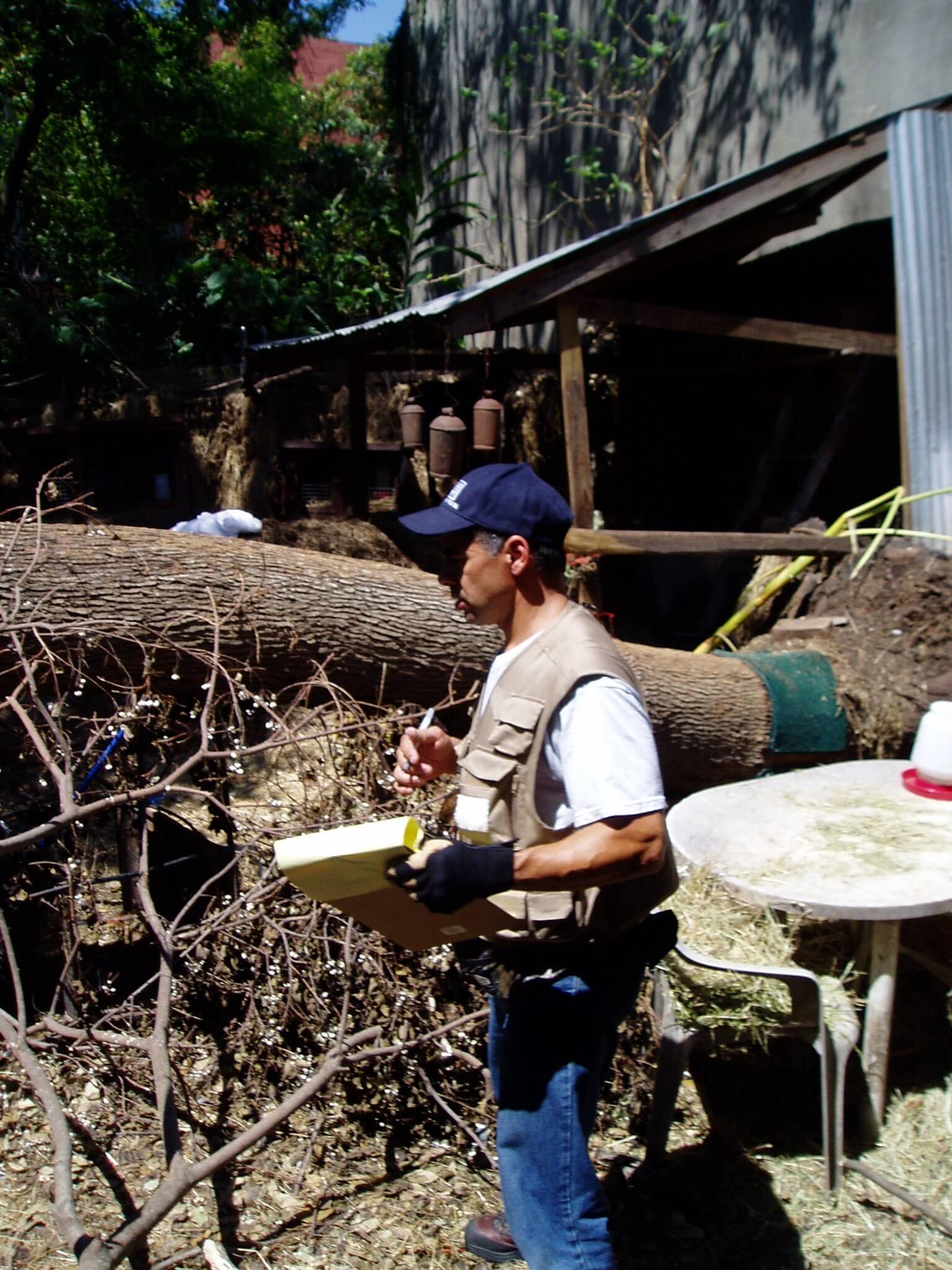 We were plunged into the madness and intensity of the situation literally within an hour of arrival. I met a woman who was in charge of designating team leaders. She appeared quite agitated and displeased with how one team leader had led a group comprised of animal control officers, humane investigators and rescuers from several organizations from all over the country. Somehow, I was recruited to lead this team. I was uncomfortable since the individual I was replacing was on my team. I would quickly learn that some would follow directions, carefully navigating waterways and avoiding personal injury, and others would do anything to rescue an animal, even if it meant potentially exposing themselves to disease from the raw sewage.

Each day, we would be escorted by law enforcement officials into New Orleans from the Lamar Dixon Expo Center, 50 miles away. Cruising at speeds around 90 MPH on an open highway with no other vehicles was like driving through the Twilight Zone. Our law enforcement escorts gave us strict instructions to return to the rendezvous point in time to depart before dusk due to sniper fire and what quickly became a very different atmosphere.

We would spend the rest of the week driving back into areas ranging from the lower ninth ward, the hardest hit, to downtown businesses and homes, breaking into preassigned addresses to rescue animals that had been left behind. It was as if time had stood still. One could tell people had evacuated quickly. Streets were often unpassable due to flooding and we would come back the next day hoping the water had receded, or we would find an alternate route. Debby MacDonald and I rode together and used a new technology that I had loaded onto my laptop – GPS, a very effective tool that required a satellite signal delivered to a device, suction-cupped to the car window. Debby and I learned a lot about each other, funny idiosyncrasies we still laugh about to this day.

One particular day, we ran out of orange spray paint that was used to tag each building or home we had cleared. There was a specific order and code to mark if animals or people had been removed, and their status – dead or alive. Debby and I ran out of spray paint and, while leading our team, came upon a group of soldiers in heavy military vehicles. I was riding shotgun and Debby pulled up so I could lean out my window to ask the parked group if they had extra spray paint. The spokesperson said “no,” then someone else said, “hey, is that Debby Mac Donald, the (Detroit) Animal Cop?” I answered “yes” and suddenly, multiple cans of orange spray paint were ours for the taking. It pays to hang out with a celebrity!

I learned so much about humanity and about myself during this deployment. It was life-changing, and I still have vivid images of the suffering people and animals, death and utter devastation. It was an honor to represent the Michigan Humane Society in this effort, and one of the highlights of my career.