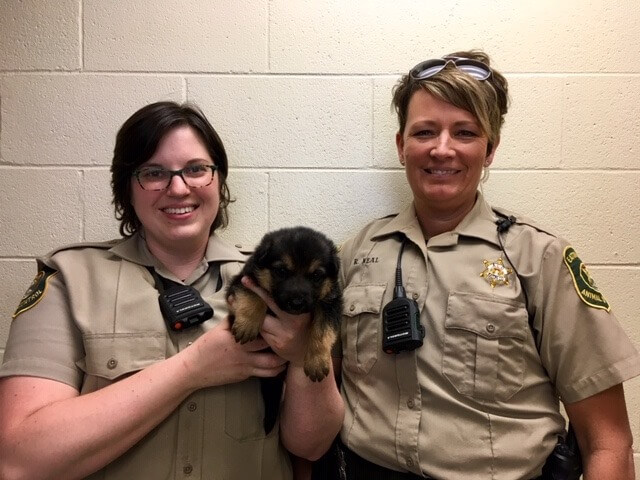 As MLive reports, Eaton County’s animal control officers assisted a deputy following a crash in Delta Township on Wednesday. They noticed that the occupant of the vehicle was attempting to hide a four-week old German Shepherd in his pants. Luckily authorities on the scene recognized the puppy as being stolen from neighboring Ingham County.

Animal control recovered the puppy, one of three stolen, and returned the little one to its owner. All three puppies were reunited with their owner and mother according to a Facebook post from Eaton County Sheriff’s Office.

You don’t need to steal a puppy and hide it in your pants if you’re looking for a pet. View our Adopt a Pet page to see all of the animals currently available to adopt at Michigan Humane.