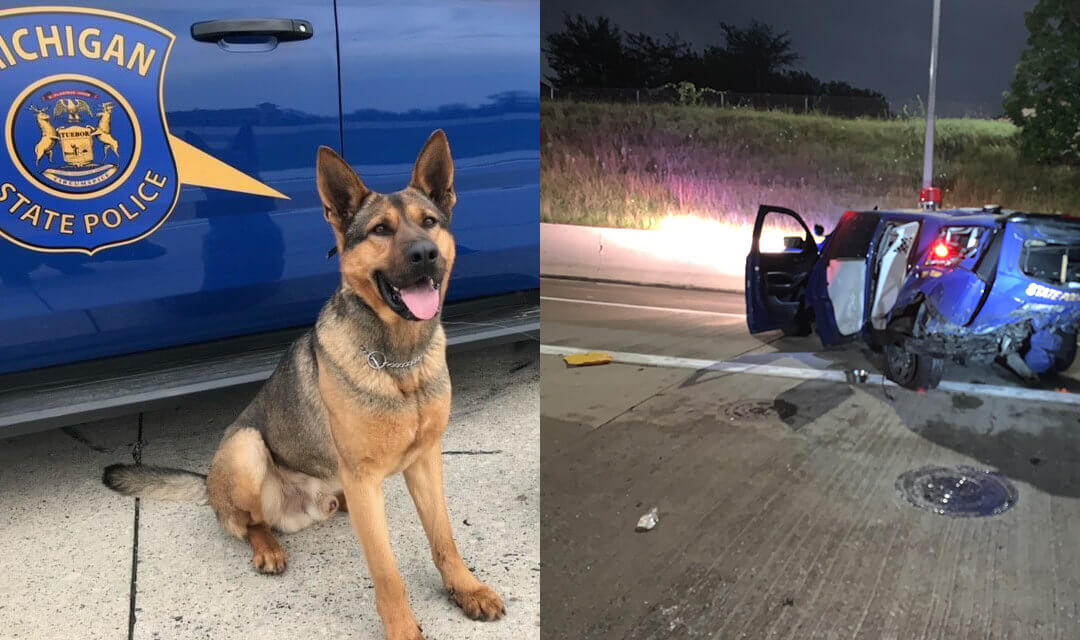 Michigan State Police are mourning the tragic loss of one of their K9s, Rex, who was killed early Sunday morning in a car crash.

Fox 2 reports that one of MSP’s canine unit vehicles was struck at around 1 a.m. on Sunday. The officer activated his emergency tone and also reported that the suspect’s vehicle was on fire. 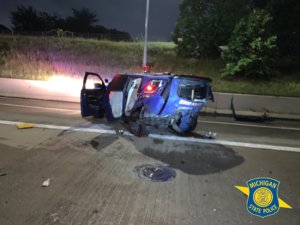 Rex was taken to Blue Pearl animal hospital in Southfield for severe spine and leg injuries. Sadly, the German Shepherd later died due to his injuries.

Rex’s handler sustained non-life threatening injuries to his legs. The passengers in the suspect’s vehicle were transported to a local hospital with injuries ranging from serious to critical.

The driver is suspected of being drunk when he struck the trooper’s vehicle while on the freeway. Police are investigating the crash and have obtained a blood sample from the suspect to test for alcohol.

Rex was part of the Metro South Post and was described as dedicated and loyal to his job.

Our thoughts are with the Michigan State Police.