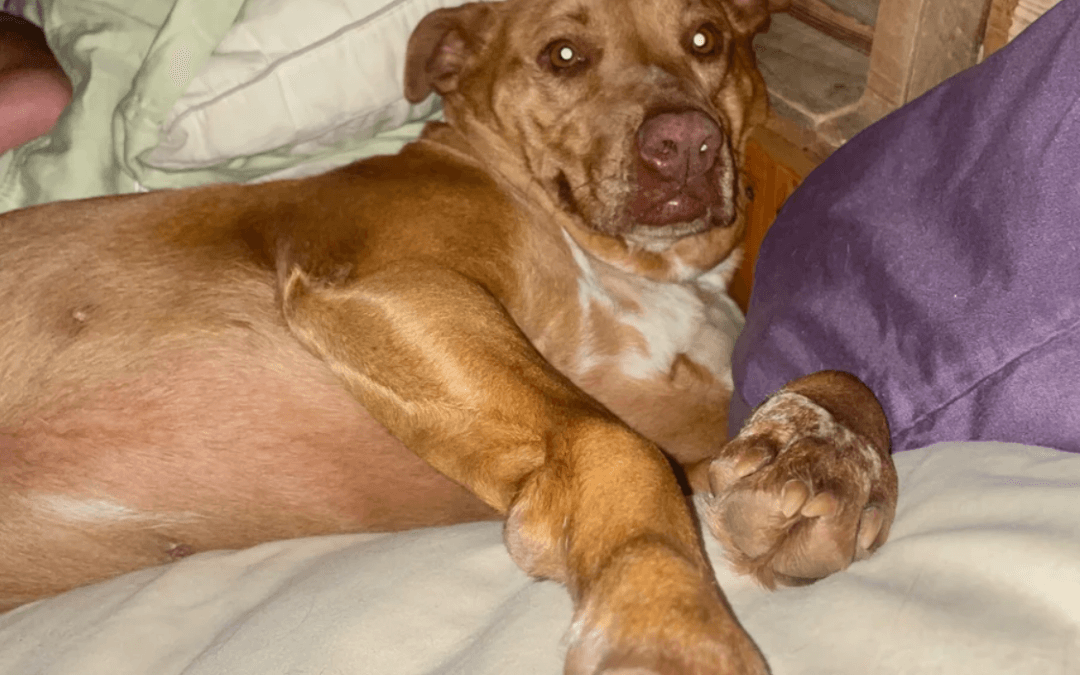 A married couple in Tennessee discovered an intruder in their home, but luckily it was the canine variety.

As NPR reports, Julie and Jimmy Johnson have three dogs and allow them to sleep on the bed at night. That’s why it was strange to them when they saw a dog they didn’t recognize laying with them one night.

“You could see light coming into our curtains in our bedroom and I feel my husband not just roll over, but kind of startled, like almost a jump roll over and it woke me up,” Julie said. “And in a quiet but stern voice, he said, ‘Julie, whose dog is this?'”

Julie, of course, was momentarily confused right after waking up but soon realized she wasn’t looking at one of her own dogs.

“My husband just went to kind of pull the blankets up a little bit, almost like they were going to protect him … and at that point, the dog got even further up on our pillows and snuggled in and was just 100% content being there,” Julie said.

The Johnsons allowed their unexpected guest to stay the night and posted on social media the next day looking for the dog’s owner. Luckily, they were contacted by one the pup’s parents, whose name is Nala. After verifying through photos, Nala was reunited with her owners. Turns out Nala got free from her collar while on a walk and ran into the woods right before a thunderstorm broke.

Not only was Nala able to reunite with her parents, she made new friends during her wild journey. Nala was able to have a playdate with the Johnsons’ dogs recently.

How did Nala break into the Johnsons’ home, you ask? Good question.

Julie believes a door was either open or partially open, allowing Nala to get into the house to escape the storm.

Don’t know what to do if you found or lost a pet? Read our Lost and Found Pets resource guide for tips on how to keep lost pets safe and reunited with their owners.