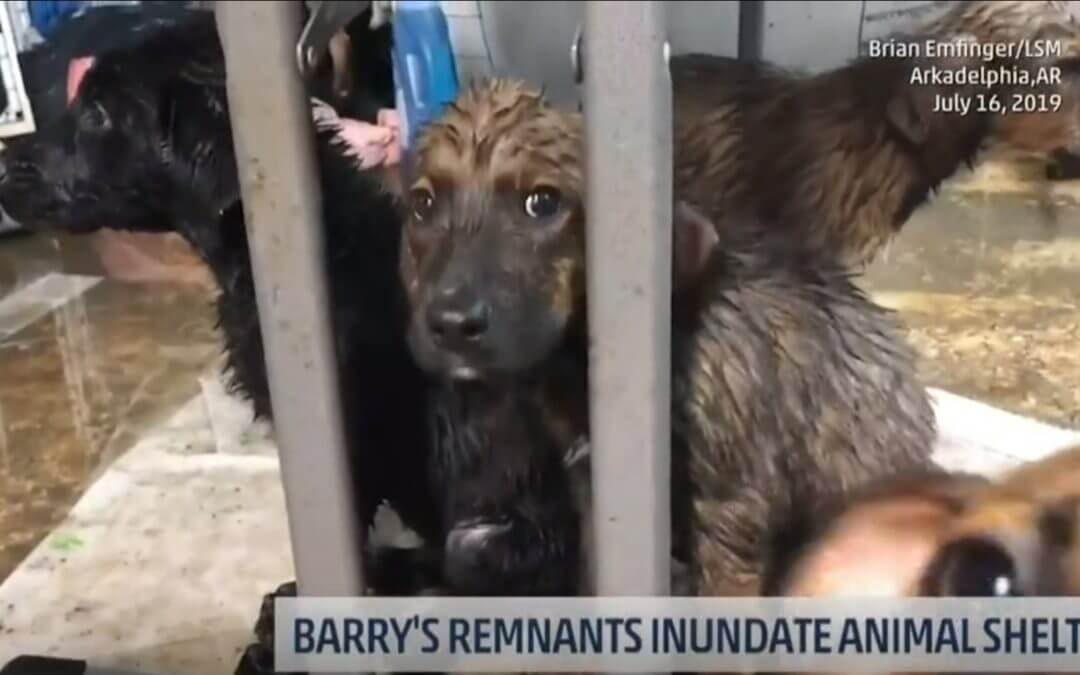 The damage of Hurricane Barry over the weekend has left southwestern Arkansas dealing with major flooding. Clark County Humane Society in Arkadelphia, Arkansas was at risk of losing many of the animals in their care due to the floods. At least one dog was killed and many were at risk of drowning and hypothermia, according to The Weather Channel.

“Our dog yard has about 30 dogs in it and each was up to their chest or neck in water,” said Janie Allen, board president for Clark County Humane Society. “We had some little puppies and you almost could not see their heads because of the water.” Cats were climbing on top of shelves to get out of the water’s reach.

Thankfully local volunteers picked up the 72 remaining dogs at the shelter as well as helped clean up the facility.

Several roads in the area were flooded and the National Weather Service reported multiple rescues.