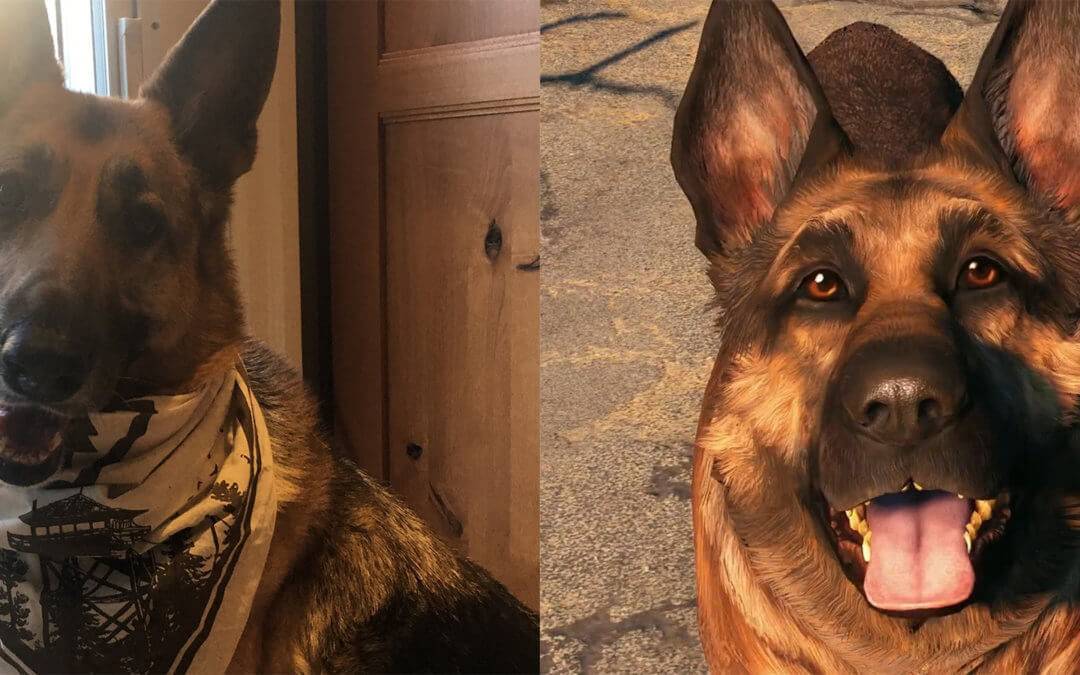 Sad news for the gaming community dropped this weekend. River, the German Shepherd who inspired the canine companion Dogmeat in Fallout 4, has died.

Former Fallout developer Joel Burgess announced River’s passing on Twitter. It’s a great tribute to her and I highly suggest you read the thread.

I said goodbye today to River, who most of you know as Fallout 4’s Dogmeat.

Heartbroken doesn’t cover it, but I won’t eulogize her here. For twitter, I thought it’d be appropriate to look back at her impact on that game.

(plus, writing about game dev hurts less than grieving) pic.twitter.com/ayN1Vd6oqQ

Dogmeat is a non-playable character (NPC) who joins you early in Bethesda’s hit 2015 action-RPG. While Dogmeat helps you attack enemies in Fallout 4, Burgess wanted players to look at the canine as a companion first. He brought River to the studio so his colleagues could bond with her and understand that concept.

This thread is essentially a long form of the story I always tell about River’s role in Fallout 4; that she was the antidote to my biggest worry for the Dogmeat character – a canine weapon, and nothing more.

What we wanted was a companion first, and a combat ally second. pic.twitter.com/KjstYfkV8s

Dogmeat ended up being so popular with Fallout fans that River won the Top Video Game Dog Award from The CW’s World Dog Awards.

I still remember how upset I was at myself while playing Fallout 4 after losing track of Dogmeat because I forgot which settlement I left him at. I spent an hour looking for my digital canine companion.

Looking for your own dog that would make a great companion in a post-apocalyptic world? See all the dogs available to adopt from Michigan Humane at our Adopt a Pet page.