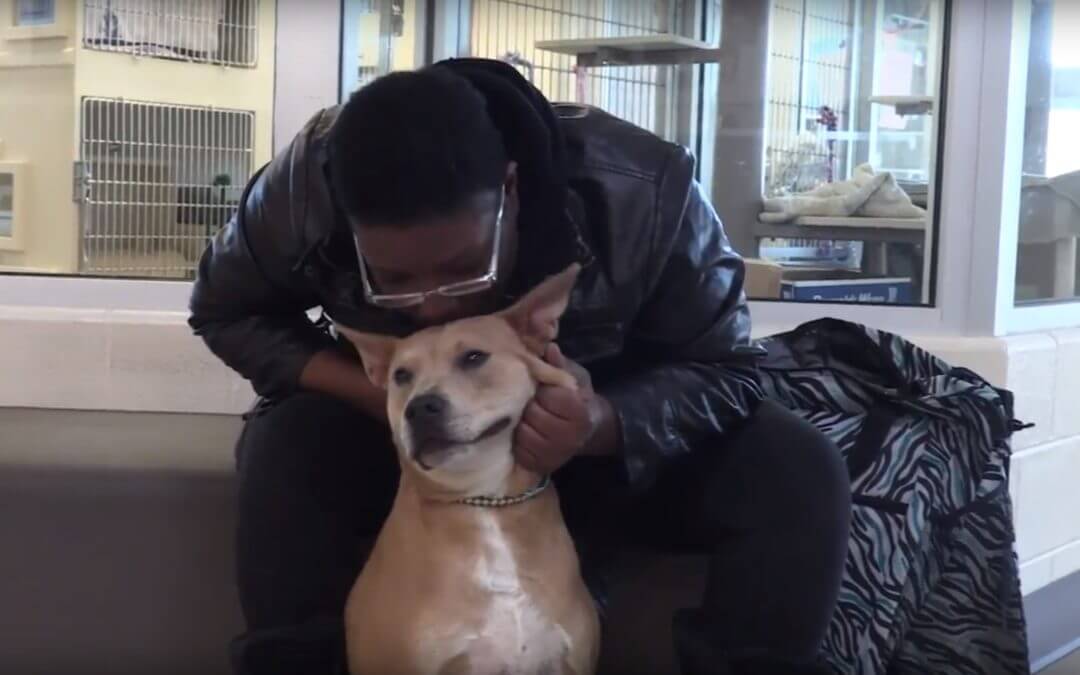 A Michigan woman whose cousin in Florida was forced to surrender his dog as Hurricane Michael approached was able to reconnect with her puppy cousin in Detroit.

The Michigan Humane Society recently received 29 dogs from a Florida Panhandle shelter in order for them to have enough room for animals displaced by Hurricane Michael. One of the dogs, a very good boy named Valentine, has a special connection to Detroit.

Valentine originally lived in Florida with Nicole’s cousin, being one of two dogs in the house. Unfortunately, Nicole’s cousin was forced to surrender Valentine to a local shelter due to a change in his living situation. Nicole immediately reached out to MHS once she and her cousin learned that Valentine was headed to the Mackey Center for Animal Care in Detroit.

The MHS staff at Detroit was more than happy to help Nicole reunite with Valentine, who will now be living with her in Michigan with her cousin’s blessing.

“The universe works in mysterious ways, so I’m just really grateful,” Nicole says. “Not only am I still able to have him, but my cousin is still able to maintain a relationship with him.”

Looking for your own pup to add to your family? See all of the dogs and puppies for adoption at MHS on our Adopt a Pet section.