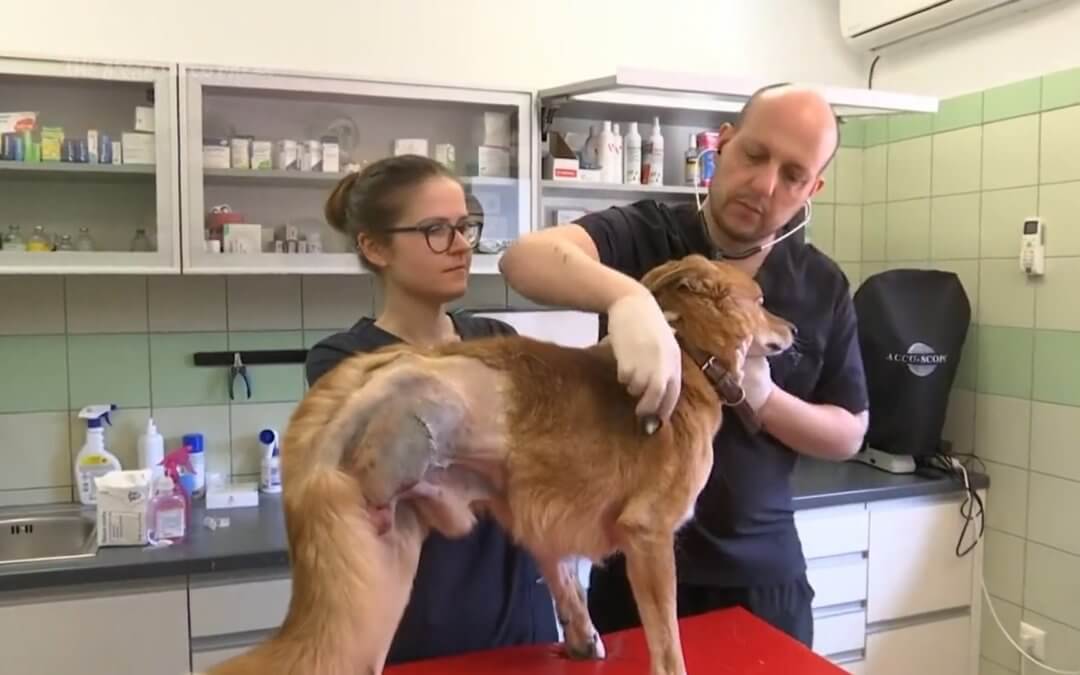 A Polish veterinary clinic in the border city of Przemysl is treating wounded animals and owned pets from Ukraine.

As the Associated Press reports (via Republic World), the clinic has opened temporary medical centers and housing for the influx of pets from refugees fleeing the war caused by Russia’s invasion of Ukraine. Volunteers are also helping the animals cope during this stressful time with social interaction and enrichment, two key things to maintain a pet’s mental health.

Some of these animals were stuck at the border for days while waiting to be safely transported.

“They have no food, no water, they are exhausted, with injuries, with bone fractures, after accidents and gunshots, so this help is needed as soon as possible,” says Dr. Jakob Kotowicz, a vet at the ADA center.

With the aid of international animal rights groups, convoys are transporting animals that were gathered in Lviv after being evacuated from throughout Ukraine. On Sunday, San Diego Humane Society president & CEO Dr. Gary Weitzman was deployed to Przemysl on a 10-day mission to bring critical medical supplies and provide veterinary support. Weitzman’s deployment is part of Greater Good Charities’ response to the crisis in Ukraine.

“Gary is a friend and colleague whose work is inspirational; delivering supplies, helping at checkpoints, and generally being an amazing leader and person,” says Pepper.

An estimated four million people have fled Ukraine to neighboring countries since the war began over a month ago.

If you’re interested in supporting the relief efforts for animals in Ukraine, NBC’s Today lists five verified organizations working on the ground.