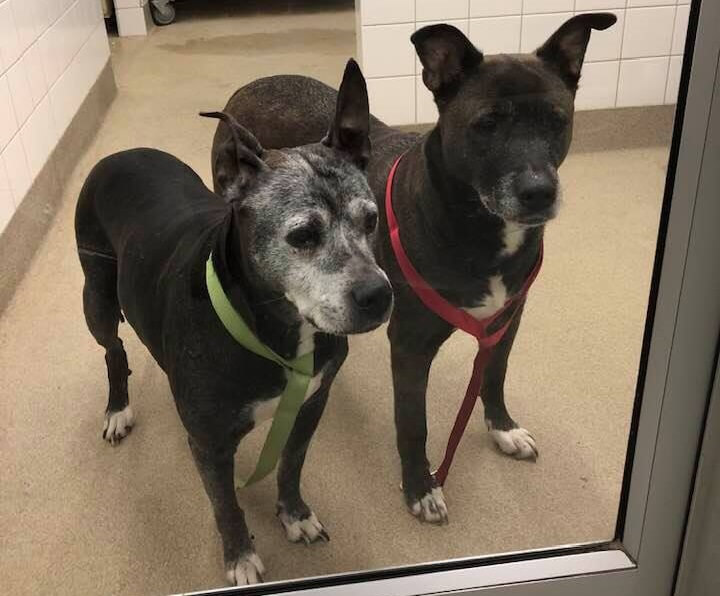 Two senior dogs were discovered locked inside a restroom at the Petco in Allen Park, apparently abandoned by their owners.

WXYZ Channel 7 reports that two people walked into the store with the dogs and were approached by a Petco employee because they were not wearing collars. According to a Facebook post by shopper Julie Sly, the couple said they forgot them at home and were just making a quick stop. The pair headed to the back of the store where the dog food and restrooms are located.

Another Petco employee found the dogs locked inside the restrooms after hearing them cry. The store cared for the dogs before handing them over to P.O.E.T. Animal Rescue in Garden City. The rescue said in a video update on their Facebook page that the dogs will be taken to a vet to be evaluated. They are currently looking for an immediate foster or adopter and must be taken in together since the dogs are a bonded pair.