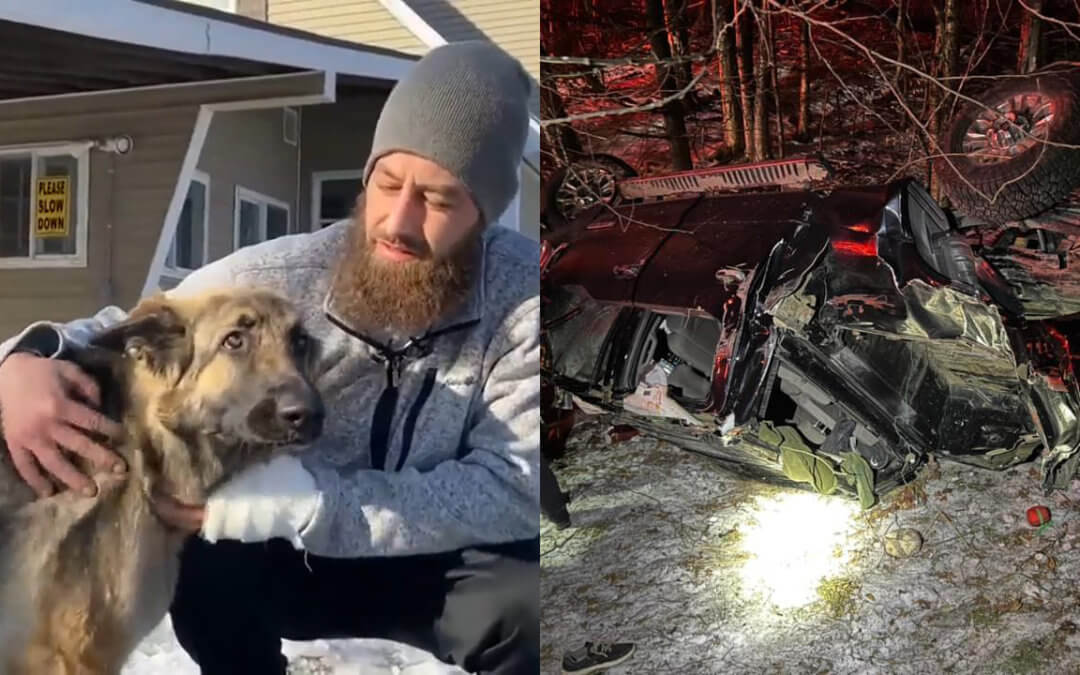 The year 2022 just started and we may have already found our dog of the year. Tinsley, a year-old Shiloh Shepard, caught the attention of police on I-89 in Vermont the evening of January 3.

Authorities tried to corral Tinsley, but the canine pulled a Lassie and led them to a blown out section of a guardrail. Officers discovered an overturned pickup truck nearby and two men who were ejected from the vehicle. One of those men was Tinsley’s owner.

This is Tinsley. She was in a car accident with her humans last night. She escaped the wreckage, got the attention of police, and led them all the way back to the site of the crash. Her humans are being treated and expected to survive. Tinsley is awarded our very rare… 15/10 pic.twitter.com/E3HRQf0sF3

“She’s my little guardian angel you know,” Cam Laundry told TV station WPTZ. “It’s a miracle that she had that kind of intelligence to do what she did.”

Thankfully Tinsley was not seriously injured. EMTs treated Laundry and his companion while his loyal dog sat by his side.

“The whole time we were starting our patient care it sat there nice and calm right next to its owner,” said Captain Jack Hedges of Hartford Fire Department.

Tinsley is apparently already spoiled but she’s getting extra treats for being a hero according to Laundry.

“She gets spoiled all the time,” Laundry said. “She’ll get some venison probably burger tonight and probably some back scratches with it.”