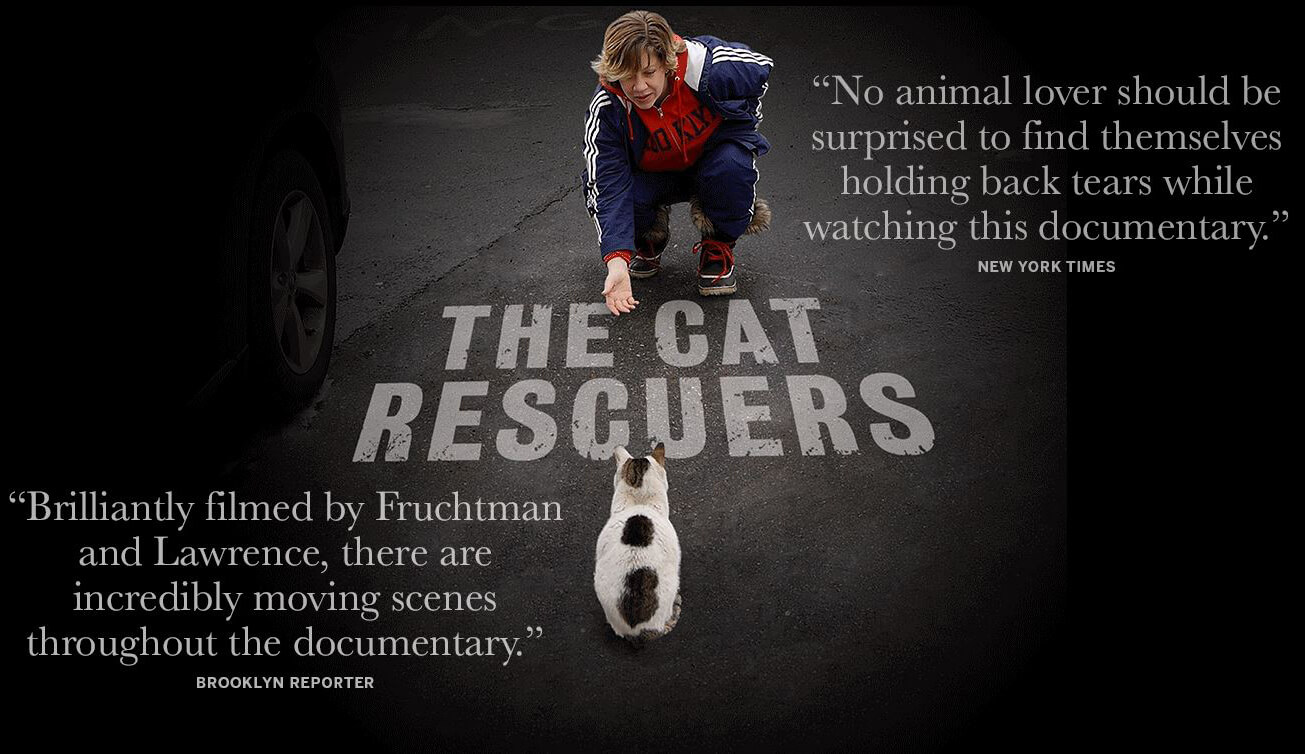 With over 500,000 street cats struggling to survive in NYC, and the city unwilling to address the problem, spirited volunteers like Sassee, Claire, Stu and Tara have come to the felines’ aid. Their beat is Brooklyn, where the cat population has exploded. Combing the borough’s alleys, backyards and housing projects, they trap the cats, get them fixed and either returned to their colonies or adopted.

In The Cat Rescuers, the documentary shows the skill, resilience, and humor these volunteer activists display in the face of such challenging work, and how their mission to reduce animal suffering — which often involves great sacrifices — makes a difference for the animals and the community, while changing the rescuers’ lives.

The Cat Rescuers is showing now through Thursday, October 17 at Cinema Detroit. Producer and Michigan Humane Society board member Amelia Hughes will participate in a post-film discussion for both showings on Thursday.