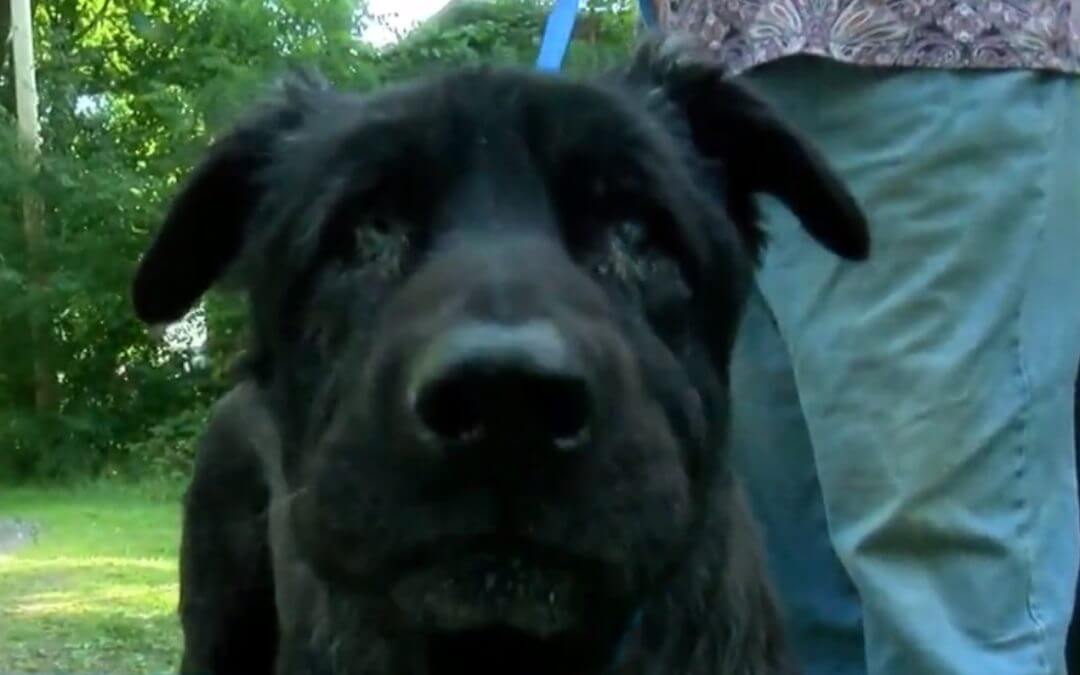 A senior pupper who tumbled 20 feet down into a creek was luckily reunited with his owner.

NEWS10 ABC reports that a woman in Canajoharie, N.Y. noticed her 13-year-old dog, George, was missing on Monday (June 25).

“I looked in the places that he might’ve hidden, and he wasn’t there,” the owner, who didn’t want to be identified, told NEWS10 ABC’s Lexi Nahl. “So then I thought I should start driving around.”

George wandering around alone is a bigger problem than for most dogs because he’s also deaf and blind. As luck would have it, a firefighter from the Canajoharie Fire Department was out walking his dog when he noticed George, according to Canajoharie First Assistant Fire Chief Bruce Cloutheir. The CFD member attempted to catch George but the pup fell over the embankment in the process.

“When I went back to look where he fell, he was actually standing on an old tree stump,” Cloutheir recalled. “And when he went to try to get moving is when he fell off the tree stump and down into the creek.”

That drop was 20 feet high but thankfully George didn’t suffer any major injuries. Members from the volunteer fire department converged on George’s location and rescued him from the rocky waters. The group formed a human chain and passed a weary George up along the creek. He was later taken to Ayres Animal Shelter to be evaluated, eventually being returned to his owner.

“I was just so thrilled because I was expecting the worst,” George’s mom said. “He had two strips of bacon – real bacon. So he’s pretty happy.”