Detroit: This is Home 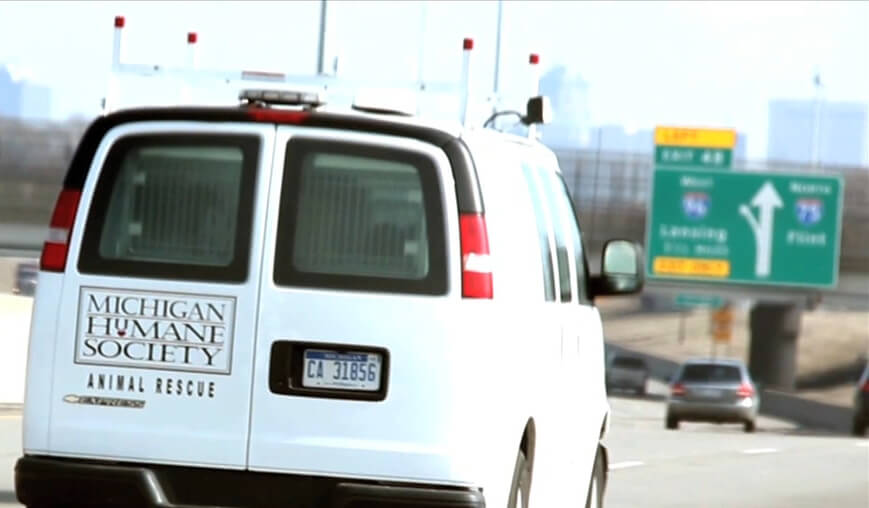 The MHS Rescue van drives through I-75 in Detroit.

They say “perception is reality” and that may be true some of the time. However, there are instances when perception overshadows the truth.

I work in Detroit. I live in the metro Detroit area. This is home.

Now, to anyone living outside of Michigan who has not lived here and whose perception of Detroit is driven by the media accounts, you may be asking, “Why?” Why would you choose to live in Detroit? Is it safe? Are there jobs? Aren’t there empty neighborhoods and packs of stray dogs?

Like any major city, Detroit has its share of challenges. The collapse of the U.S. economy several years ago hit Detroit and Michigan harder than most. In 1950, Detroit had a population of more than 1.8 million; today, it stands at a little more than 688,000 – just over a third the size when we saw the booming of the auto industry. As we know, the city’s financial struggles have had an impact on other significant issues, including crime, education, service delivery to its residents, and mass transportation; you get the idea. There have been, and continue to be, hurdles that must be addressed.

That may very well be what some people “know” or believe about Detroit.

But let me share another perspective about the City of Detroit.

James Robertson lives in Detroit, but every day for the last 12 years, he’s traveled over 25 miles to and from the suburbs to work. James walked 21 of those miles each day. Public transportation doesn’t reach to the suburbs and James didn’t have enough money for a car. When one metro Detroiter learned about James’s commute, he set out to do something special for him. With the help of local media, and one Detroit student, the community sought out to getting James a car- and ended up raising more than $360,000.

The football field at Cody High in West Detroit used to sit unused, a huge hole in its ground representing the shortcoming of funding the administration faced. Where students should be playing, learning and growing, a field sat empty. That is until a donor who believed in Detroit, in its youth and in its future. stepped forward with the exact amount of funding needed to complete the field’s rebuilding project. 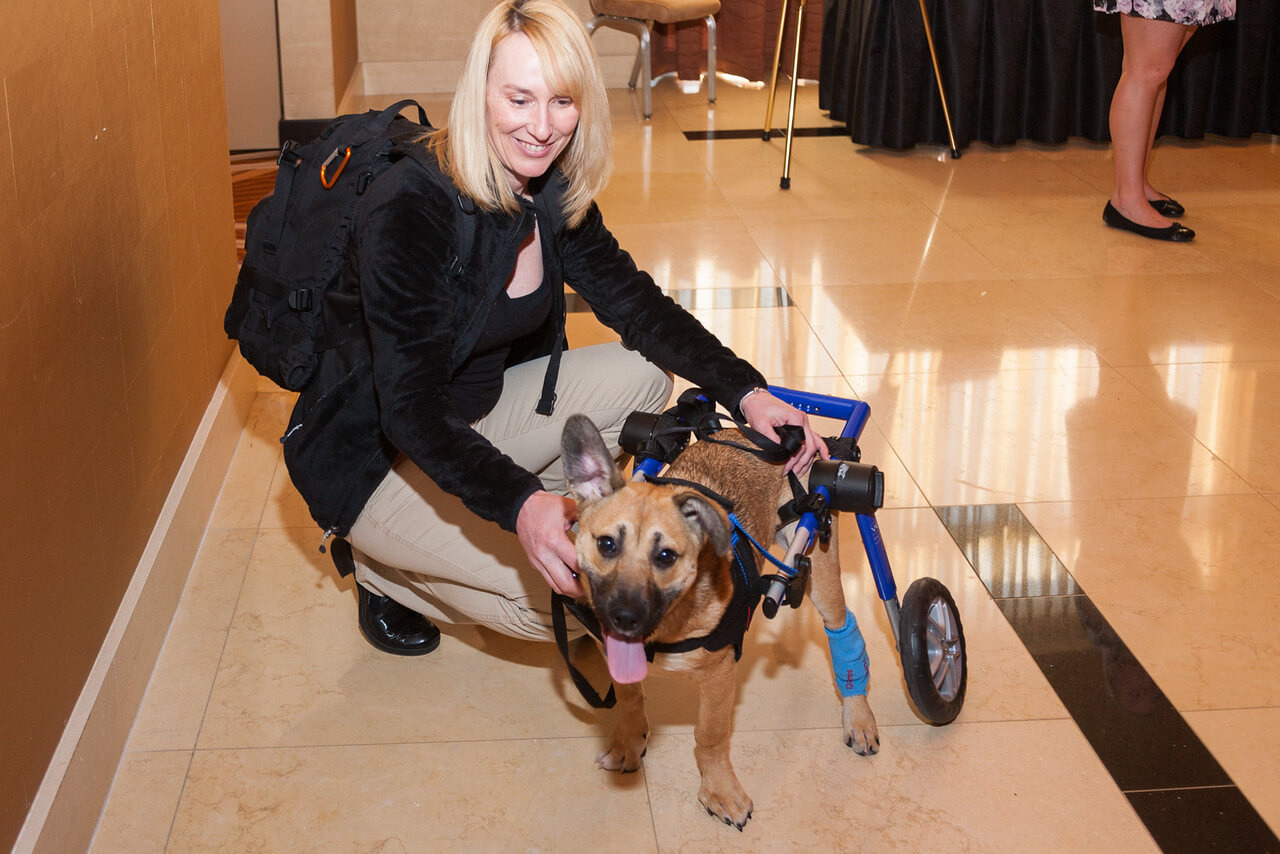 Forrest, who was rescued after being shot by a BB gun, is pictured with his new mom.

Forrest, one of thousands of stray dogs picked up by the MHS Rescue Department each year, was rescued after being shot with a BB gun. While it is hard to think there are people who will do something like this to a dog – the response from the community in support of Forrest through his recovery was uplifting. Forrest was adopted by a local veteran and is dearly loved, with a bright future.

A city’s parks are places for the community to come together, to enjoy each other and to enjoy their city. But, for many years, Detroit’s parks were littered, unkempt and unused. Then Adopt-A-Park stepped in. This program, initiated by the City of Detroit, allows for community groups, churches and businesses to have a hands-on role in beautifying the city. Since its inception last year, more than 300 parks have been adopted, cared for and loved by the community.

Detroit Police Mounted Division Sergeant Erik Eide was one of a group that included myself and MHS Chief Cruelty Investigator Debby MacDonald who spent a frigid Detroit winter night sleeping in doghouses. This was done to raise awareness about the dangers of leaving pets outside in freezing temperatures. Continued support from the MHS Cruelty Investigation and Rescue teams to save more animal lives during the current harsh winter conditions.

Now that is Detroit – these stories represent the true spirit of this City.

Detroit has seen better days. However, there is an energy and a passion that will pave the way to its greatest moments, which still lie ahead. This City has a proud past and an even brighter future.
The Michigan Humane Society has been part of the landscape of the City since 1877. We’ve been instrumental in shaping the City’s past, its values and most importantly, we are investing in its future. Our new Detroit Animal Care Campus is set to open early next year. This campus, while only a few blocks away from our current facility, will be a complete contrast to this shelter. It won’t just provide quality care for the more than 20,000 animals we care for in Detroit each year, it will be a resource for the community. We will have dedicated rooms to educate more youth in Detroit on animal welfare issues. It will enable us to provide more pet resources to the city’s residents, keeping more companion animals in loving homes. It will strengthen our collaborative programs, allowing us to work together with more animal welfare groups in the city and help even more animals in Detroit. It will be a key institution in this city for decades to come. Our new Detroit Animal Care Campus goes beyond animal welfare – it is an investment in the community fabric of Detroit. We believe in this City! 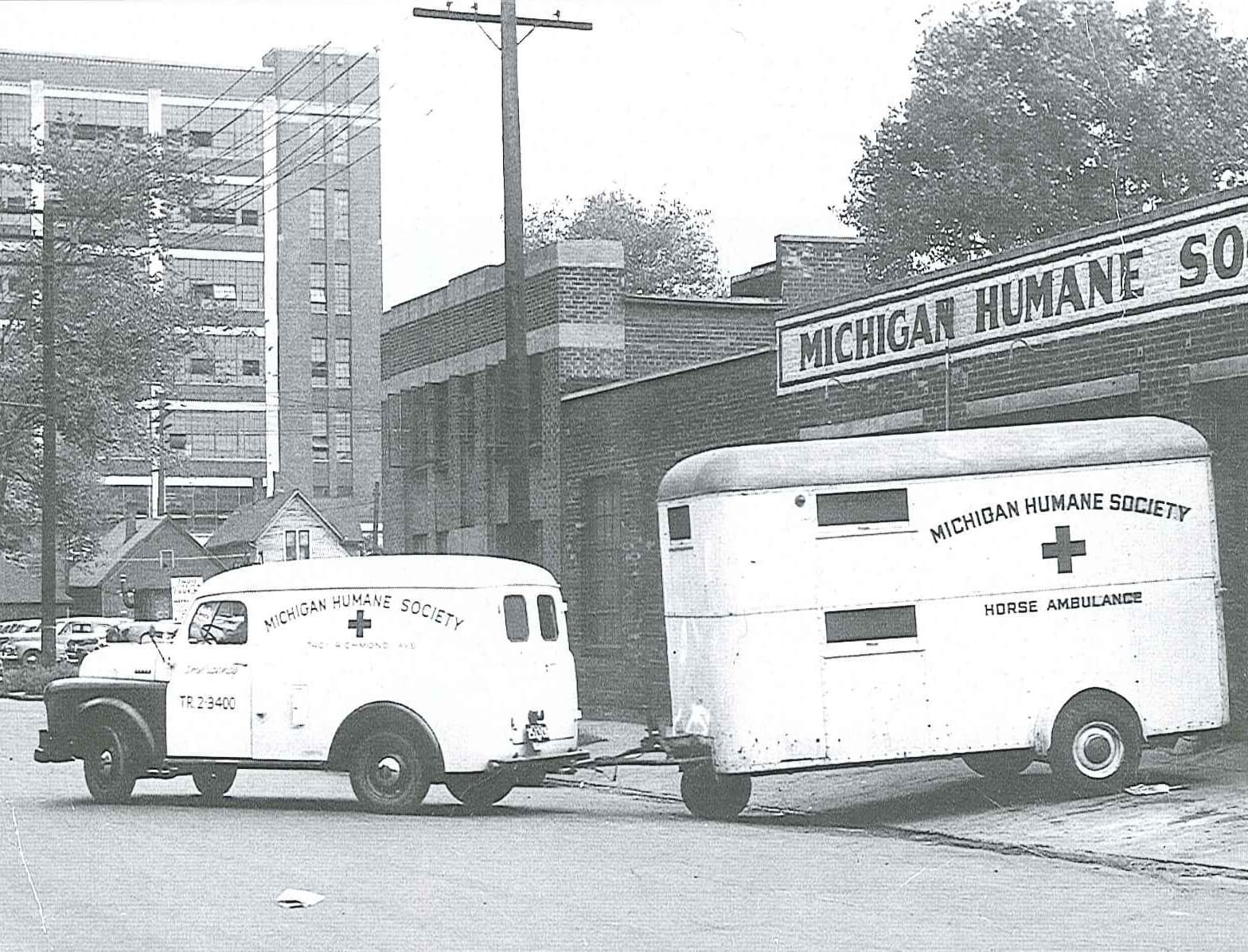 The Detroit Center for Animal Care, decades ago. This is the same building we currently reside in that will be replaced by our new, state of the art facility next year.

And there is good reason to believe – beyond the continued growth of the downtown and Midtown areas.

Neighborhood revitalization initiatives from both the public and private, nonprofit sectors are measurably impacting the quality of life, accelerating the removal of blighted properties.

City officials are reducing the response times of police, fire and EMS while reintroducing working streetlights to our city’s neighborhoods to positively impact public safety.

More than 200 city parks have reopened, thanks in large part to the efforts of community and church groups who believe in a better tomorrow and are doing something about it.

These are just some quick examples of which there are indeed many – certainly more than we’ve seen in Detroit in decades.

So, back to the question – why do I choose to be a part of Detroit? The answer is simple and very significant – the people!

The generosity and dedication of Detroit towards community issues, including animal welfare, is nothing short of astounding. I would, without question, put the commitment of the people of Detroit at or above any other community or city in the nation. Forget about what you’ve heard or what you’ve read. Detroit is forging a new path, a bright future and a healthy pet community unlike others.

Detroit is about energy and pride. It is about the rewards of hard work. Its residents are passionate and invested in the City and those organizations that have an impact on it. The Michigan Humane Society is proud to be a part of Detroit – now and in the future.

This is Detroit. This is home.