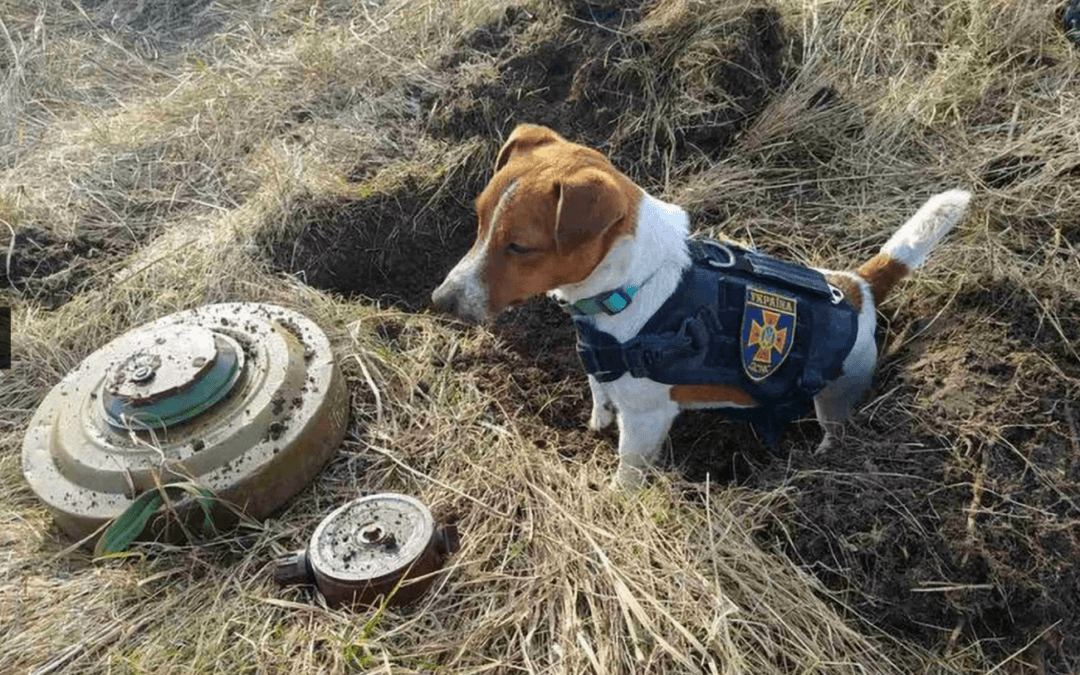 A brave bomb-sniffing dog is being heralded as a hero in Ukraine for detecting explosives and saving lives during Russia’s invasion of the country.

As Newsweek reports, Patron is a 2-year-old Jack Russell employed by the State Emergency Service (SES) of Ukraine, the country’s civil defense and rescue agency. Video shows Patron finding bombs and preventing further bloodshed. The agency said the heroic canine has sniffed out over 90 bombs.

Patron is being described as the “mascot of Chernihiv pyrotechnicians.”