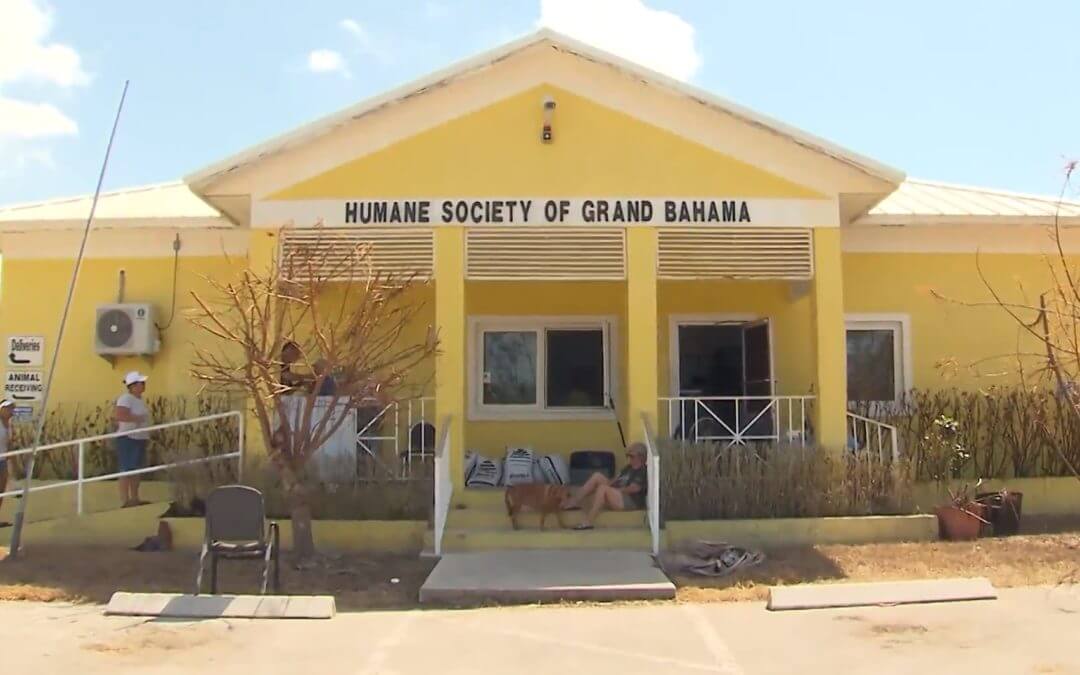 Tragedy struck the Humane Society of Grand Bahama where over 200 dogs and 50 cats died due to flooding caused by Hurricane Dorian.

Shelter supervisor Felicia Telfort and five other staff members tried to save as many of the 400 animals in their care as they could. The majority of the dogs and cats were waiting to be adopted, but some were being boarded by families who were forced to evacuate but couldn’t bring their pets into the government-run evacuation shelters.

The HSGB staff rushed to save the dogs by stacking the crates as high as they could while many of the cats were able to get to higher ground. Telfort and her co-workers sought shelter once the water became chest high.

“Making sure that everything would be safe — to try and put it up high,” Telfort said. “We ran up in a manhole because the water started to come up so high.” The manhole led to an attic, though there were no stairs so the remaining staff had to pull each other up to safety. For the HSGB staff, the silence was devastating once the immediate danger passed.

“As the kennel dogs were still howling and crying,” said Telfort. “We experienced all of that until they were not even crying anymore.”

Dorian also completely destroyed the shelter’s medical equipment, medical supplies, food and vehicles. No one at HSGB predicted the overwhelming flooding that hammered the building.

“Since we didn’t flood in the other storms, we really felt like, we felt we might get some water, but we had no idea we would get the flood that we did,” HSGB executive director Elizabeth Burrows told CNN (h/t Fox 6).

“I felt devastated,” said Burrows. “I, um, we couldn’t have predicted this, but I still feel responsible. My heart is broken for the shelter animals that we lost, and I feel so bad for the people who try, and trusted their animals to us, and ultimately, we could not protect them.”